Greek police have arrested the leader of the far-right Golden Dawn party Nikos Michaloliakos along with two MPs and 10 party members on charges of forming a criminal organisation.

The swoop comes after the murder earlier this month of anti-fascist rap musician Pavlos Fyssas for which the party has been placed under investigation.

A man arrested for the stabbing told police he was a supporter of Golden Dawn, though the party strongly denies any link to the death.

One of those arrested has been charged with being an accomplice to the killing.

Those detained are due to appear in court this weekend to be formally charged.

Mr Michaloliakos has warned the party could pull its 18 MPs from parliament if the crackdown does not stop.

"Shame on them, the people will lift Golden Dawn higher," Ilias Panagiotaros, a Golden Dawn MP told reporters before his arrest.

The party has 18 out of parliament's 300 lawmakers and scored 14% percent of voter support in opinion polls before the stabbing.

A poll this week showed its backing had fallen to as low as 6.7%.

MPs in Greece do not lose their political rights or seats unless there is a final court ruling against them.

The government however has proposed a law that could block state funding for Golden Dawn if police find links to Mr Fissas's murder. 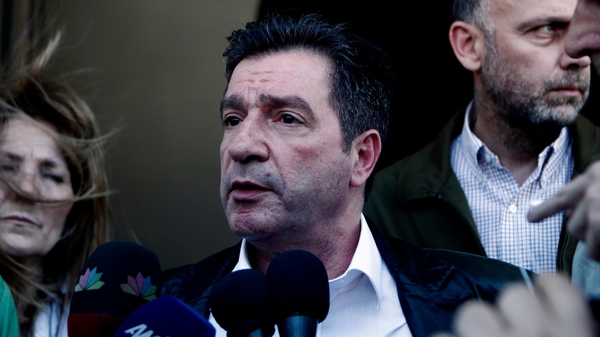