Iranian President Hassan Rouhani has expressed hope that US President Barack Obama would not be swayed by "war-mongering pressure groups" at home in dealing with the Iranian nuclear dispute.

In his address to the UN General Assembly in New York, Mr Rouhani called for a consistent voice from the US on the issue.

He was speaking just hours after Mr Obama addressed the annual gathering of world leaders.

Mr Rouhani said he was prepared to engage in "time-bound and results-oriented" nuclear talks and did not seek to increase tension with the US.

He reiterated that nuclear weapons "have no place in Iran's security and defence doctrine".

However, he blasted international sanctions against Iran, comparing them to the widely criticised punitive measures against Iraq while Saddam Hussein was in power.

"These sanctions are violent, pure and simple," he said, adding that normal people, not political elites, ended up suffering because of them.

"The negative impact is not nearly limited to the intended victims of sanctions," he said.

In his speech earlier, Mr Obama mentioned Iranian victims of chemical weapons in what seemed a gesture to Mr Rouhani.

He said global consensus over chemical weapons had been strengthened by memories of "soldiers suffering in trenches, Jews slaughtered in gas chambers, Iranians poisoned in the many tens of thousands".

Mr Obama said the US wants to resolve the Iran nuclear issue peacefully, but was determined to prevent Iran from developing nuclear weapons.

However, he insisted that the US was not seeking a regime change in Iran.

He said there should be a basis for agreement on Iran's nuclear programme based on recent statements from Iranian leadership and he has directed US Secretary of State John Kerry to pursue a deal.

He also said the international community must enforce a ban on chemical weapons in Syria.

Mr Obama said the US was prepared to use all elements of its power, including military force, to secure US interests in the Middle East.

The Iranians were not ready to have an encounter at the presidential level, the official said.

Tomorrow, Mr Kerry is expected to sign the Arms Trade Treaty, which will regulate the international trade in conventional arms.

Diplomats said Mr Kerry would sign the treaty on the sidelines of the assembly.

On 2 April, the UN General Assembly adopted the treaty by a vote of 154 for, including the US, three against and 23 abstentions.

The no votes were cast by Iran, North Korea and Syria, UN records show.

Earlier, Brazilian President Dilma Rousseff criticised the US for spying and said Brazil would adopt legislation and technology to protect it from illegal interception of communications.

"Meddling in such a manner in the lives and affairs of other countries is a breach of international law and as such it is an affront to the principles that should otherwise govern relations among countries, especially among friendly nations," Ms Rousseff told the gathering. 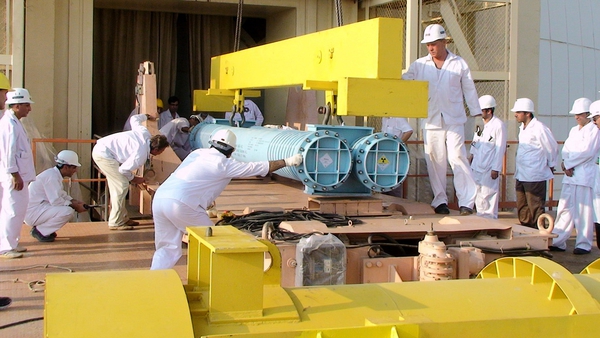