The homecoming was hosted by Lord Mayor of Dublin Oisín Quinn and Dublin City Council to welcome Jim Gavin's men.

Thousands of fans turned out to greet the team as they showed off the Sam Maguire Cup.

Dublin beat Mayo in the final by 2-12 to 1-14 to claim a second title in three seasons.

Elsewhere, Mayo's senior and minor football teams arrived back in Castlebar this evening.

Taoiseach Enda Kenny was among the crowd at McHale Park as the teams were presented to supporters.

Minister of State Michael Ring appealed to the senior squad to "go at it for another year" and bring the title back to the county in 2014.

Mayo have not won the All-Ireland Football title since 1951 and Mayo County Council Chairman John O'Malley told the crowd that "America got Bin Laden, Mayo will get Sam Maguire". 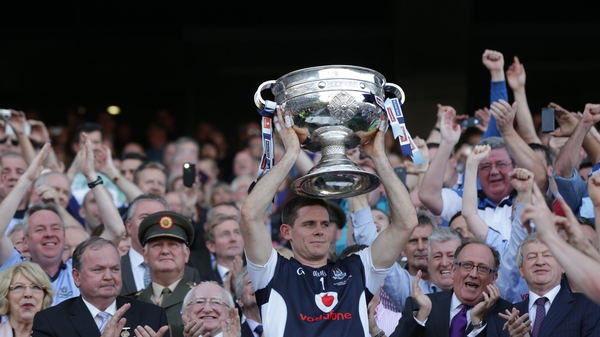