Syrian President Bashar al-Assad has said he is committed to destroying the country's chemical weapons, but warned it could take at least a year to do so.

Speaking to the US television network Fox News, Mr Assad said that Syria is ready to hand over chemical weapons to any country willing to risk taking them.

He stressed that his decision to destroy the stockpiles of chemical weapons was not forced upon him by the threat of US strikes.

President Assad also insisted that his forces were not responsible for a deadly chemical attack in Damascus last month.

The Syria disarmament plan was announced by the US and Russia last weekend.

Russia has opposed any UN Security Council resolution that would permit a Chapter 7 enforcement action in order to compel Syria to hand over its chemical arms.

Mr Assad also suggested that Syria is not embroiled in a civil war, but is under attack.

He said tens of thousands of foreign fighters allied to al-Qaeda are laying siege to Syria.

In the same interview, he urged US President Barack Obama not to threaten Syria with armed intervention, but to "listen to the common sense of your people". 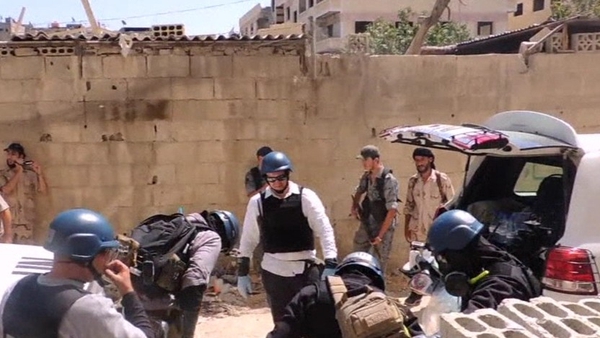