Russia has denounced UN investigators' findings on a poison gas attack in Syria as preconceived and tainted by politics.

The report issued on Monday confirmed the nerve agent sarin was used in the 21 August attack but did not assign blame.

Britain, France and the United States said it confirmed Syria's government, not rebels as Russia has suggested, was behind it.

He said yesterday the investigation was incomplete without examination of evidence from other sources and that suspicions of chemical use after 21 August should also be investigated.

The disagreement over blame for the attack may complicate discussions among Security Council members - Russia, China, the US, Britain and France - over a Western-drafted resolution to eliminate Syria's chemical weapons.

"We are surprised by Russia's attitude because they are calling into question not the report, but the objectivity of the inspectors," French Foreign Minister Laurent Fabius said in Paris.

"I don't think anybody can call into question inspectors that have been appointed by the UN," said Mr Fabius, who met Mr Lavrov in Moscow yesterday and said several aspects of the UN report clearly pointed to Syrian government involvement.

Tánaiste and Minister for Foreign Affairs Eamon Gilmore has said he has no real doubts that responsibility for the recent chemical attack rests with state forces.

Speaking at an Oireachtas committee on foreign affairs, Mr Gilmore said it is clear from the extent of what was used that the source could only have been the regime.

He said it required the military capability of state armies.

Mr Gilmore also described the situation in Syria as the biggest humanitarian crisis of our times.

It is important that the UN processes are not bypassed, he said, adding that he hopes the UN Security Council will be able to reach agreement.

Meanwhile Israel's top commander on the frontier with Syria has said President Assad's forces have lost around 15,000 troops.

Major-General Yair Golan also said Mr Assad could cling to power for years despite having lost overall control of the country.

The remarks reflected debate in Israel over Mr Assad's fate, two-and-a-half years into Syria's civil war, after a US-Russian agreement to force him to give up his chemical weapons.

Israel says Mr Assad has lost control over 60% of the country but can hold off the rebels thanks to his superior Russian-supplied army.

Before the Syrian insurgency, Mr Assad was in a mostly stable standoff with his old foe Israel.

Faced with possible US military strikes after the 21 August poison gas attack, Syria hinted it could lash out at Israel.

Maj-Gen Golan played down this prospect.

He said Mr Assad's army had suffered 15,000 fatalities, fired off 40% to 50% of its long-range missiles and seen some of its anti-aircraft batteries overrun by the insurgents.

"He can cause us damage, he can harass us greatly, but he cannot today wage a serious ground campaign against the State of Israel," Maj-Gen Golan said.

He was quoted in the Yedioth Ahronoth newspaper as saying: "I don't see any force toppling him tomorrow morning - though he deserves to pass from this world, and the quicker that happens, the better." 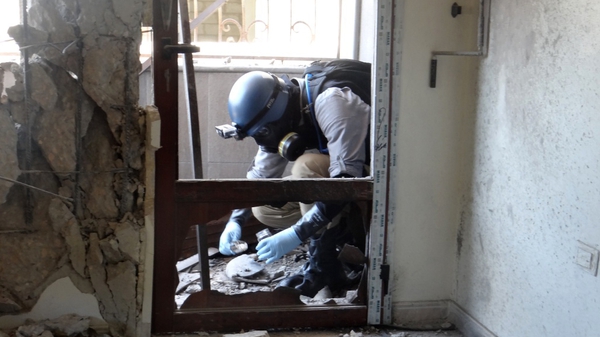