Minister for Social Protection Joan Burton has signalled a cap on universal welfare benefits would not be in next month's Budget.

Ms Burton said a cap was not under consideration but the idea had been discussed.

Speaking on RTÉ's News at One, she said there was a danger of causing serious discrimination among families caring for a family member with a disability.

She cited the example of a family with more than four children but where there was someone with a disability and she warned a universal cap on payments could result in unintended consequences.

"I am perfectly happy to look at ideas," the minister said.

"But in this particular case I would warn that people should be extremely cautious because they may end up getting results that they never intended and they may end up seriously discriminating against families with children or adults with a disability who are also carers."

The minister said that all ministers, even those not managing big spending departments, were decision-makers in relation to the Budget.

Earlier, Ms Burton voiced concern that the amount of savings required from her department in the Budget could damage the drive to get people back to work.

Labour TDs and senators have heard from ministers running some of the biggest spending departments as the party discussed next month's Budget at the pre-Dáil gathering in Co Meath.

Ms Burton outlined how changes in her department mean people who refuse the offer of a job or training have already had welfare payments docked.

But she expressed concern that the scale of the adjustment required - at around €440m - could damage efforts to encourage people to return to work.

Backbenchers said the minister has been "tight-lipped" so far about how she might find savings, but accepts it will prove politically difficult for them.

Minister for Education Ruairi Quinn was expected to outline the challenges facing his department, where cuts as high as €100 million could be required. 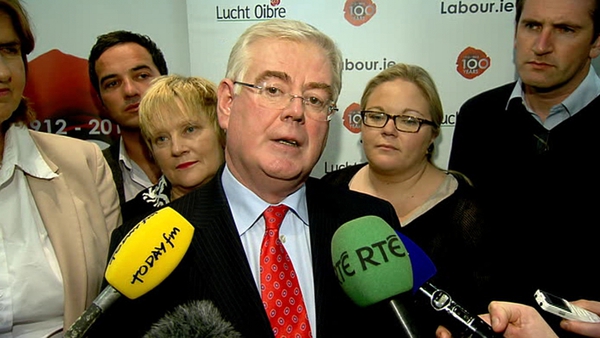