Tánaiste and Labour leader Eamon Gilmore has insisted he will lead his party into the next general election, despite recent poor opinion poll ratings.

Speaking at the party's think-in in Enfield, Co Meath, Mr Gilmore reiterated that the Budget should comprise of cuts and taxes of less than the €3.1bn target.

He said there was no need to do more than is necessary because Irish people had borne a lot already.

Mr Gilmore conceded that there were some promises the party had made at election that it was not able to deliver.

Speaking on RTÉ's Morning Ireland, he said the party had kept its promises on the minimum wage and the universal charge.

Deputy leader Joan Burton said she was very happy doing the job she is doing when asked if she wanted to become the party's next leader.

Mr Gilmore described his working relationship with Ms Burton as excellent, while she described it as very good. 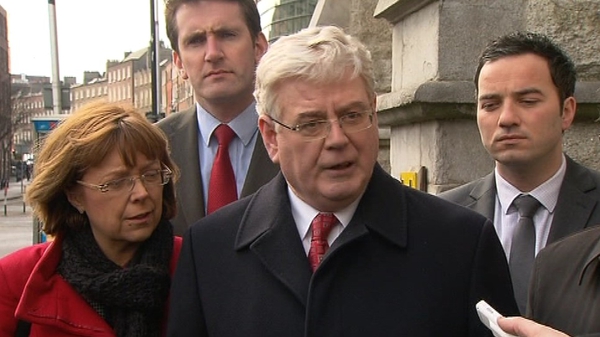