Germany is working on a plan that would allow the completion of a euro zone banking union without changing existing EU law.

The move would potentially remove a major hurdle to finish the most ambitious EU project since the start of the euro, EU officials have said.

So far, Berlin has insisted the 28-nation bloc needs to amend its Treaty if it is to move the power to unwind or fix struggling banks from a national to a European level.

The compromise solution that officials in Berlin's Chancellery are working on, and discussing with European Union partners, would be a break-through because Germany's insistence so far would cause a lengthy and politically risky process.

The euro zone badly needs a banking union to restore lending to the economy, regain confidence and boost growth so that struggling economies in the south can repay their debt. It would also help to prevent another sovereign debt crisis.

In Berlin, a senior official said the government was thinking about many scenarios, not just one.

Serious negotiations would only take place in November or December and were up to the next government, to be elected on 22 September, the source said. The choice of plan would depend on the outcome of coalition talks.

EU officials were encouraged that Germany was now engaging in the negotiations, having so far pointed to legal obstacles.

One Brussels official said the proposal had raised hopes for a solution by year-end even if positions were still far apart.

The head of the EU's finance ministers, Jeroen Dijsselbloem, said work would pick up after Germany's elections to set up the agency that could order the restructuring or closure of any euro zone bank.

Two senior euro zone officials told Reuters that according to the compromise proposal discussed in Angela Merkel's Chancellery, Berlin could agree to set up a pan-European resolution agency on the basis of Art. 114 of the EU Treaty.

This legal base had been suggested as sufficient by legal services of the European Commission, the European Central Bank and the EU Council, but has not been endorsed by Germany so far.

However, in exchange the agency would only get to decide over the fate of the 130 euro zone banking groups that will be directly supervised by the ECB from the second half of 2014.

This would remove the smaller German savings banks, Sparkassen, often closely linked to local German politicians, from the remit of a European - rather than national - agency, officials said.

Meanwhile, EU Finance Ministers are holding a second day of talks in the Lithuanian capital Vilnius focused on how to bring an economic revival to the 28-member bloc.

The talks have been overshadowed by differences between Germany and the European Commission over the rules that should apply when failing banks need to be wound-up.

The powers are to monitor large eurozone banks and ensure they are conducting their business correctly.

On Wednesday, the President of the European Commission José Manuel Barroso told MEPs in Strasbourg that the greatest priority now was to quickly conclude the other elements of a banking union.

The next level of talks will be about the process on when and how a eurozone bank could be closed.

Yesterday, Germany re-stated its long-held objection to the European Commission having the final say.

The German finance minister Wolfgang Schaeuble said such a process "should generally be done by national authorities and not by the EU Commission."

This stance has also been backed by Finland.

Meanwhile, regarding Ireland, the European Commission Vice President Olli Rehn declared that the Government would receive some form of assistance that would help the country exit the EU/IMF programme at the end of the year.

He did not specify what form that help might be. 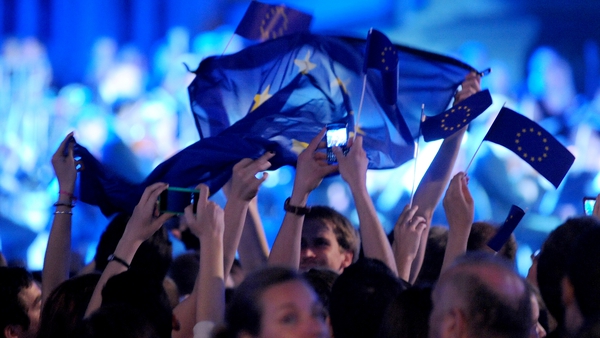