Northern Ireland Secretary of State Theresa Villiers has announced that the British government will not be holding a public inquiry into the Omagh bombing.

Families of those who were killed or injured in the explosion in August 1998 had been seeking a full cross-border public inquiry.

Announcing the decision, Ms Villiers said she does not believe there are sufficient grounds to justify a further review or inquiry above and beyond those that have already taken place or are ongoing.

The Omagh bombing, carried out by the Real IRA, was the worst single atrocity of The Troubles.

It left 29 people dead, including a woman pregnant with twins.

Ms Villiers said it was not an easy decision to make and all views were carefully considered. 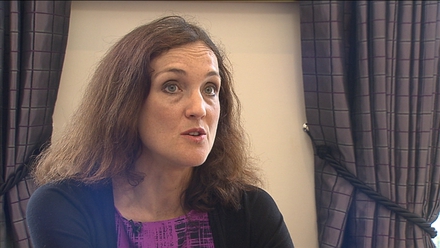 "I believe that the ongoing investigation by the Office of the Police Ombudsman for Northern Ireland is the best way to address any outstanding issues relating to the police investigation into the Omagh attack.

"The fact remains that the Real IRA carried out the bombing in Omagh on 15 August 1998, murdering 29 people and injuring many more. Responsibility is theirs alone. I sincerely hope that the ongoing police investigation will bring to justice those responsible for this brutal crime.

"I have met representatives of the Omagh Support and Self Help Group, as have a number of my predecessors as Secretary of State. I have offered to meet them again to explain my decision further if they wish."

Representations received by the Secretary of State showed there was support for an inquiry among a number of survivors and families of those killed in the bomb, but others felt that a further inquiry would cause them considerable trauma.

All these views were weighed against other factors, including the series of previous inquiries into the Omagh bomb and the current investigation by the Office of the Police Ombudsman for Northern Ireland, the Northern Ireland Office said.

Michael Gallagher, whose 21-year-old son Aiden was among the victims, condemned the decision, describing the reasons given by Ms Villiers for ruling out a public inquiry as "trivial".

He told Sky News: "Should we be denied truth and justice because other people don't want it?"

Referring to his belief that the bomb attack could have been prevented, he said: "The reality is that Aiden need not have died."

He said: "Both the British and Irish governments failed to protect the human rights of those people."

Victims' families will mount a legal challenge to the decision by Ms Villiers, he added.

Former Northern Ireland Police Ombudsman Nuala O'Loan has said she believes any judicial review into the decision not to hold a public inquiry could lead to the publication of more information.

From the material she had seen, she said she had no doubt that there were compelling reasons to hold a public inquiry.

However, speaking on RTÉ’s News at One, she also said she was unsurprised at the announcement.

She said she considered it unlikely that any inquiry would have been announced before former US diplomat Richard Haass and politicians in the North began to fully engage on issues relating to flags, protests and controversial issues from the past.

Tánaiste Eamon Gilmore has said the Government is hugely conscious of the continuing suffering of the families of the victims of the Omagh bombing.

He pledged that the security forces will continue to pursue those responsible for the atrocity.

The Tánaiste will be meeting Ms Villiers in the near future for further discussion.

He said it needed to be remembered that the Omagh bomb was planted by a terrorist organisation, which is still active.

He noted that the group is the subject of attention of the security forces in this State and in Northern Ireland and that will continue to be the case.

The Department of Justice has said Minister Alan Shatter is currently in the process of finalising his detailed consideration of the issues that have been raised by the Omagh Group.

In a statement, the department said Mr Shatter expects to be in a position to conclude this process in the near future and will then communicate the outcome to the group. 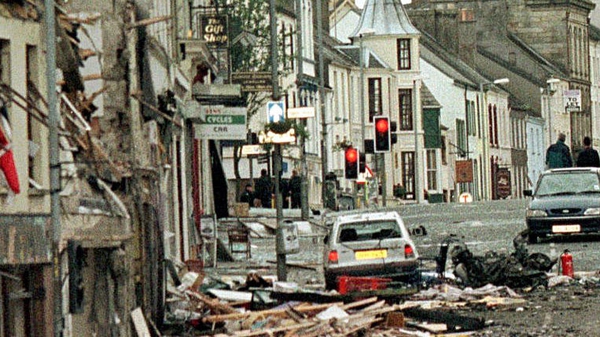