The nephew of Rosie Hackett has said her family is very proud that the new bridge over the River Liffey is being named after her.

Speaking on RTÉ's Morning Ireland, John Gray said she would have been embarrassed to be the recipient of such an award.

However, he said she would also have taken considerable pride from the achievement.

The decision was announced by Dublin City Council last night.

The bridge, which will be between O'Connell Bridge and Butt Bridge, will help to link the red and green Luas lines.

Mr Gray described his aunt as a small and "feisty" woman who was never boastful, despite her leading role as a trade union activist in the 1913 Lockout and in the 1916 Rising.

He said he was very impressed by the number of young women who took part in the campaign to have the bridge named after her.

Mr Gray also said it was possible that there would not be as many women involved in public life today were it not for the efforts of people such as Hackett.

If his aunt were alive today she would be "out fighting to rectify the country", he added.

Dublin Lord Mayor Oisín Quinn has said he believes the choice of name will be very popular. 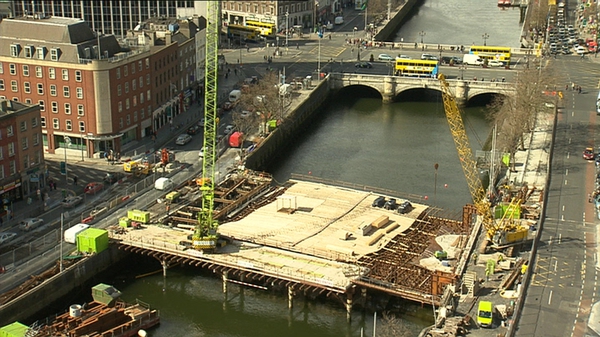 New Liffey bridge to be named after activist Rosie Hackett