The local authority selected a shortlist of five names from 85 official nominations for the bridge over the River Liffey at Marlborough Street.

Camogie legend Kay Mills was runner-up in the vote, followed by Alone founder Willie Bermingham, Dracula creator Bram Stoker, and the founder of the Legion of Mary, Frank Duff.

10,000 supporting submissions were made to the council, including emails, direct correspondence and petitions.

Rosie Hackett was a messenger in Jacob's biscuit factory and joined the Irish Transport and General Workers' Union when it was founded in 1909.

She encouraged women workers to join in the 1913 Lockout struggle and was dismissed from Jacob's.

She was a member of the Irish Citizen Army and served with Constance Markievicz.

In 1970, Hackett received a gold medal in recognition of her 60 years' service to the Irish trade union movement.

The three most recent bridges over the River Liffey were named after Samuel Beckett, Seán O'Casey and James Joyce.

Of the 23 bridges over the River Liffey, the Anna Livia bridge in Chapelizod is the only other to have an official female name. 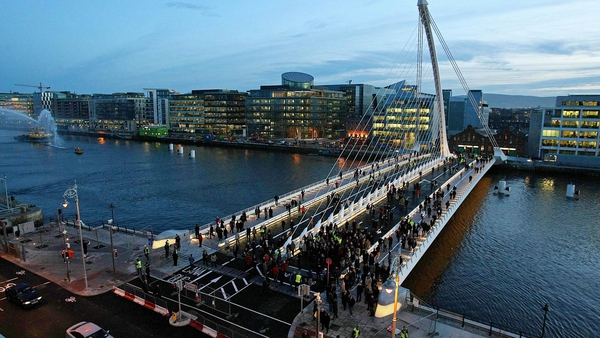