A consultant child and adolescent psychiatrist has said that taxes on the off-licence sector should be increased.

Speaking on RTÉ's Morning Ireland, Dr Bobby Smyth, a board member of Alcohol Action Ireland, said per capita alcohol consumption is still 50% above what are considered healthy levels.

He said: "It would be great if the Department of Finance, which has come up with a whole bunch of additional taxes for beleaguered citizens, could come up with some mechanism for extracting more tax revenue from the off-trade sector.

"Despite the fact that drink costs €3.7bn in alcohol-related harm, we only take €2bn in tax from drinkers, so it does seem odd that as a society we seem unwilling to ask drinkers to pay for the costs of the consequences of their own behaviour."

Irish adults spend €1 out of every €13 on alcohol, which Dr Smyth said "shows the amazing effectiveness of the drinks industry marketing machine that it's still persuading us to part with that proportion of our hard-earned euro in these difficult times".

The alcoholic drinks industry has said consumption is falling, but Dr Smyth said that was a misrepresentation of the facts.

He said consumption fell in 2007, by about 15%, but it has been static for the past five years. 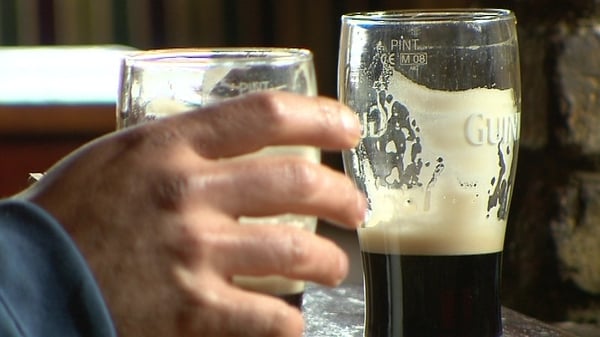