Former Egyptian president Hosni Mubarak has been released from prison in Cairo and is expected to be put under house arrest.

A medical helicopter was seen departing from Tora prison on the southern outskirts of the capital.

It landed minutes later at the military hospital in the nearby suburb of Maadi.

Judicial authorities had ordered his release from jail.

Many Egyptians held mass protests that led to the end of his rule in 2011.

Two groups of activists have already called for sit-ins in Cairo to protest against his release.

Mr Mubarak, 85, was sentenced to life in prison last year for failing to prevent the killing of demonstrators.

But a court accepted his appeal earlier this year and ordered a retrial.

Yesterday’s court ruling removed the last legal ground for his imprisonment in connection with a corruption case, following a similar decision in another corruption case on Monday.

Mr Mubarak will not be allowed to leave Egypt and his assets remain frozen.

Political turbulence has kept Egypt on edge for months.

At least 900 people, including 100 soldiers and police, have been killed in a crackdown against ousted president Mohammed Mursi's supporters in the past week, making it the country's bloodiest internal episode in decades.

Mr Mubarak's release could add to tension in a country where the Muslim Brotherhood has accused the army of trying to bring back the old government.

The Brotherhood has said it would never abandon efforts to restore Mr Mursi to power, although a fierce state security crackdown appears to have hurt the group.

In the past week, it has struggled to get people on the streets to protest.

Mr Mursi's supporters called on Egyptians to hold "Friday of Martyrs" protests against the military takeover that ousted him. 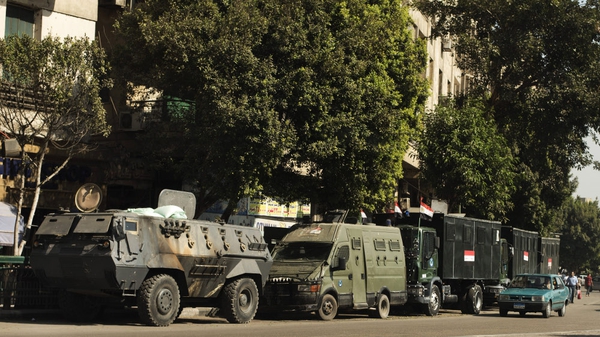