A review of how banks handle customer complaints has shown no improvement in services for the first six months of the year.

The review by the Financial Services Ombudsman shows that the number of complaints about financial institutions continues to rise.

It also shows that the same types of complaints are recurring each year.

Almost 4,700 complaints were made by consumers to the Financial Services Ombudsman between January and June this year, a 27% increase on the same period last year.

Mortgages and accounts generate the most complaints against banks and 10% more complaints are upheld against the banking sector compared to the insurance and investment sectors.

He said this reflects badly on the industry at a time when it needs to work with its customers.

Recent changes to legislation mean the Ombudsman will be able to publish complaint records of individual financial institutions in future reviews.

Speaking on RTÉ's Morning Ireland, Mr Prasifka said there had been an "endless tsunami of complaints" from people coming out of the mortgage arrears process.

"Firstly, they say the banks are not listening to them, they're not engaging with them, they're not offering them suitable types of resolution schemes, they're not taking into account their own individual circumstances ... Secondly, there's simply a dissatisfaction with the ultimate resolution that is on the table," he said.

Mr Prasifka said he was frustrated that five years into the financial crisis, his work was "only beginning", particularly in the mortgage area.

He also said many banks are showing a "complete lack of interest" in dealing with customer complaints.

'Work to be done' in improving complaints procedures

The Irish Banking Federation has admitted that improvements could be made to the way in which some banks handle complaints.

In response to Mr Prasifka's comments, Felix O'Regan of the IBF said there was evidence that there was "considerable" work to be done in improving customer complaints procedures.

He said his organisation had contacted the Ombudsman's office today to see what it could do to bring about the sort of improvements wanted by Mr Prasifka.

Mr O'Regan said it was not a matter of the banks' lack of interest in customers' complaints, but more a question of the efficient management of time and resources within the sector.

He said there was evidence in the Ombudsman's report that there was room for improvement in certain areas.

However, he said the Ombudsman had also pointed out that some institutions were better than others in dealing with complaints, so it was possible to have good complaints systems in banks.

A proper customer complaints procedure needed to be applied more consistently across the sector, he added. 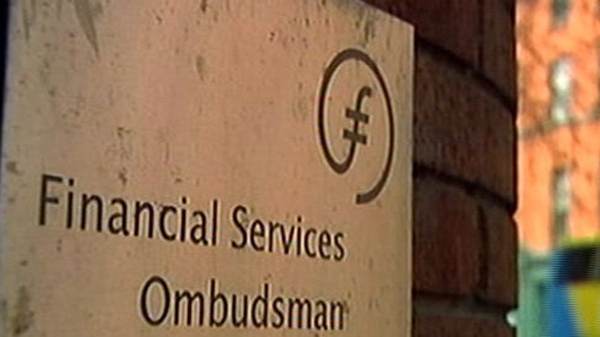