Extensive damage forced all emergency cases to be diverted to hospitals in Derry, Enniskillen and Sligo.

The interim service will deal with ambulance admissions only, on a phased basis.

Only patients who are brought by ambulance from the Letterkenny, Fanad and Inishowen areas will be admitted today to the temporary facility.

Patients referred by the NowDoc GP service in Letterkenny and Carndonagh will be admitted from tomorrow onwards.

Patients who present themselves will not be accepted until next week.

Those who do will be sent back to their own doctor or asked to seek treatment at a different hospital.

It is planned to increase the number of patients being seen on a phased basis during the week.

Management hope that temporary catering facilities will be in place at the hospital within a fortnight.

Meals had been transported from Co Mayo for patients and staff.

New parking and traffic arrangements are in place within the hospital grounds while the temporary emergency unit is being used. 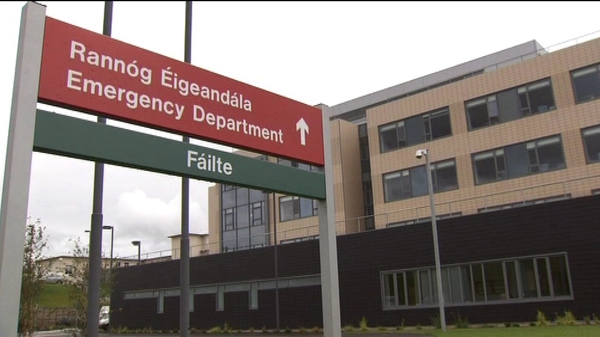