A temporary Emergency Department will open on a phased basis at Letterkenny General Hospital starting tomorrow, following a serious flood three weeks ago.

The temporary facility, which will open at 10am, has been made possible by bringing mobile diagnostic equipment and modular buildings onto the hospital site.

The temporary Emergency Department is open for ambulance admissions only from tomorrow. People are asked not to "self present" until next week.

Since the flooding, all emergency cases that would normally be dealt with at Letterkenny have been handled by hospitals in Derry, Sligo and Enniskillen.

The hospital's general manager, Sean Murphy, said it was good news 21 days after such a devastating loss of capacity and functionality within the hospital.

Speaking on RTÉ's News At One, Mr Murphy said he was also keen to stress that people should not present themselves to the hospital yet.

"It is important I think for the public to understand we will not be able to take self presenting patients at the moment, we will not have that capacity, and those patients will have to be sent back to their GPs or diverted to other hospitals."

It will be many months before the hospital would return to the way it was before it was hit by flooding, he added. 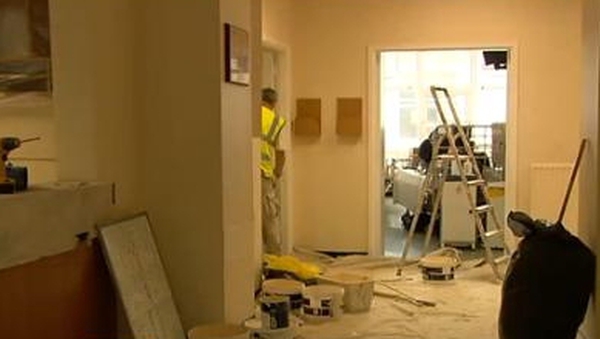 Letterkenny General Hospital flood damage to cause delays to surgery