The restored statue of Thin Lizzy frontman Phil Lynott is back in town after an official unveiling this morning.

The landmark statue was erected on Harry Street, just off Grafton Street, in August 2005 to commemorate the life and work of Lynott.

The 2.4m bronze sculpture was knocked from its plinth and damaged by two men in May, who later presented themselves to gardaí in relation to the incident.

The €4,000 bill to repair the statue was footed by a third party on behalf of the men.

Phil's mother, Philomena, said the timing of the statue being completed is poignant.

"This weekend is his birthday weekend and there's concerts being held all over the place in memory of him so I'm quite happy that they'll all see the statue back in all its glory." 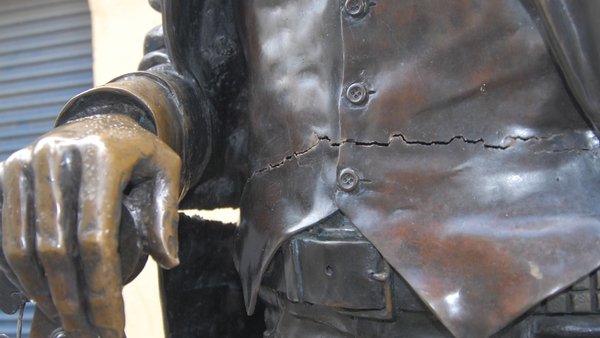