The move has been condemned by the Pakistani Taliban as an act of war sure to trigger more violence.

Pakistan's new government, trying to display its resolve in fighting crime and militancy, overturned the moratorium on the death penalty in June.

A senior prison official in the southern province of Sindh said that four convicted criminals, including two militants from the radical Sunni group Lashkar-i-Jhangvi, would be hanged at the Sukkur Jail between 20 and 22 August.

Both were sentenced to death in July 2004 after being found guilty of killing Shia doctor Ali Raza Peerani in Karachi in 2001.

The Taliban responded with fury in a pamphlet distributed in the tribal regions of North and South Waziristan bordering Afghanistan where most militant groups are based.

"If the prisoners are executed it would amount to a declaration of war on the part of the PML-N's [ruling party] government," said the pamphlet.

The government of new Prime Minister Nawaz Sharif overturned the moratorium on the death penalty shortly after coming to power in a May election.

The decision was condemned by international rights groups such as Amnesty International.

"We are opposed to capital punishment. We demand that the death penalty should not be awarded to anyone," IA Rehman, head of the Human Rights Commission of Pakistan, said.

Pakistani authorities say capital punishment is key to deterring crime as well as militancy in areas on the Afghan border, where Taliban militants launch daily attacks.

Up to 8,000 inmates are believed to languish on death row in dozens of Pakistan's overcrowded prisons.

The state of Pakistani jails jumped to the top of the government's agenda this month after a jailbreak in the northwestern city of Dera Ismail Khan in which 250 inmates escaped, including Taliban militants.

That attack came a year after a similar mass jailbreak in the northern town of Bannu.

Security has been tightened at jails around the country, but there are fears that the Taliban might be plotting similar attacks. 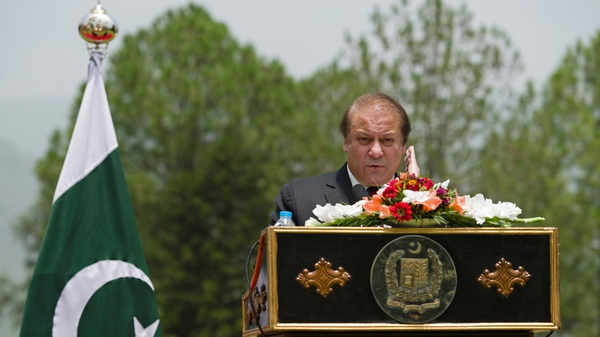