The Obama administration has launched a formal review of its electronic intelligence gathering that has come under widespread criticism since leaks by a former spy agency contractor.

The Review Group on Intelligence and Communications Technologies will examine the technical and policy issues that arise from rapid advances in global telecommunications, the White House said in a statement.

The group will assess whether US data collection "optimally protects our national security and advances our foreign policy while appropriately accounting for other policy considerations, such as the risk of unauthorized disclosure and our need to maintain the public trust," it said in a statement.

The high-level group of outside experts has 60 days to deliver its interim findings.

A final report and recommendations are due on 15 December.

A separate statement by Director of National Intelligence James Clapper confirmed the review.

Neither the White House nor Mr Clapper released details on the size or composition of the panel.

In a news conference at the White House on Friday, President Barack Obama vowed to improve oversight of surveillance and restore public trust in the government's programmes.

The formal review is one of four measures unveiled by Mr Obama, who said he had ordered a review of the surveillance programmes before ex-National Security Agency contractor Edward Snowden leaked secret documents to The Guardian and The Washington Post.

Mr Obama's other measures include plans to work with Congress to pursue reforms of Section 215 of the anti-terrorism Patriot Act that governs the collection of so-called "metadata" such as phone records, and reform of the secretive Foreign Intelligence Surveillance Court, which considers requests from law enforcement authorities on intelligence-gathering targets.

The president also vowed to provide more details about the NSA programmes to try to restore any public trust damaged by the Snowden disclosures.

Civil liberty groups demanded more details on Mr Obama's plans, but WikiLeaks founder Julian Assange has called the announcement "a victory of sorts for Edward Snowden and his many supporters".

The Obama administration has vigorously pursued Mr Snowden to bring him back to the US to face espionage charges for leaking details of US surveillance programmes to the media.

Ms Snowden is now in Russia, where he has been granted a year's asylum.

His father, Lon, has said he has received a Russian visa and will travel there shortly to see his son.

Attorney Bruce Fein said that he and Lon Snowden were sceptical about President Obama's pledge to limit government surveillance programmes.

They remain doubtful that Edward Snowden can receive a fair trial in the US. 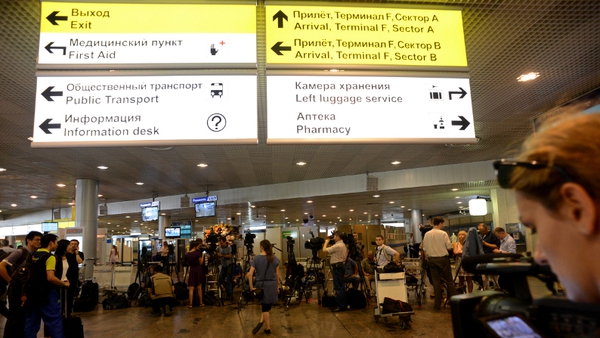 US whistleblower applies for temporary asylum in Russia