The US State Department has ordered its citizens in Yemen to leave immediately, due to the continued potential for a terrorist attack.

Non-essential government staff have also been told to leave the Arab country.

The US Air Force flew a number of American diplomatic personnel out of the country to Ramstein Air Base in Germany.

Britain has also withdrawn all staff from its embassy in the capital Sanaa and extended the closure of the mission until further notice.

The Foreign Office said on its website: "There is a very high threat of kidnap from armed tribes, criminals and terrorists. Be particularly vigilant during Ramadan, when tensions could be heightened."

The United States last week warned of a possible major militant attack in the region.

The warning was issued on Friday and prompted the closure of several Western embassies in Yemen and several US missions across the Middle East and Africa.

The New York Times reported yesterday that the closures were prompted by intercepted communication between al-Qaeda leader Ayman al-Zawahri and Nasser al-Wuhaishi, head of Yemen-based al-Qaeda in the Arabian Peninsula (AQAP).

Meanwhile, at least four suspected al-Qaeda members have been killed in a drone strike in central Yemen, according to local tribal leaders.

The Yemeni tribal leaders said five missiles struck a vehicle travelling in Maarib Province in today's strike, killing all of its occupants.

Drone strikes on suspected al-Qaeda targets in Yemen are usually carried out by US forces, although Washington does not comment publicly on the practice.

Security in Yemen is a global concern as it is home to AQAP, considered one of the most aggressive branches of the global militant organisation.

Yemeni authorities have issued a statement listing 25 "most wanted terrorists" it said were planning to carry out attacks in the country during the Muslim Eid al-Fitr holiday this week.

The statement offered a reward of five million Yemeni riyals (€17,000) for information leading to the capture of the al-Qaeda suspects.

The US ambassador to Libya and three other Americans in Benghazi were killed during a attack on 11 September last.

US Republican Senator Lindsey Graham told CNN at the weekend that the recent actions taken to close the embassies showed President Barack Obama's administration had learned lessons from Benghazi. 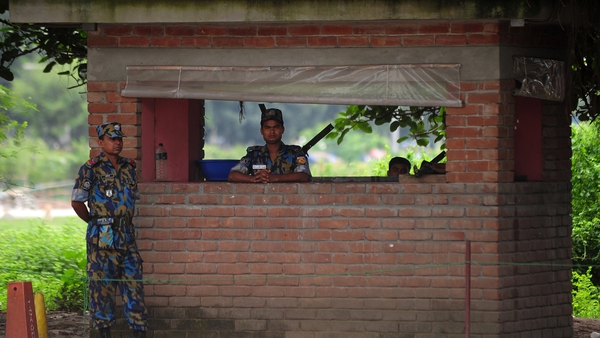 US extends closure of embassies after al-Qaeda threat