Investigators earlier this month had found two MiG-21 fighter jets and two missile radar systems on board the Chong Chon Gang, which was bound for North Korea when it was stopped by officials.

Panamanian Security Minister Jose Mulino said the cargo appeared to fall within what Cuba had said was a range of "obsolete" arms being sent to North Korea for repair.

Panama asked the United Nations to delay the arrival of investigators by a week until 12 August, because the process of unloading cargo found under 100,000 tonnes of sugar has taken longer than expected.

About 25% of the sugar has been removed so far, Mr Mulino said.

Investigators have gone through most of two storage houses in the 155m vessel, Mr Mulino said, but three more warehouses remain.

The process has involved about 500 police since 15 June when Panamanian law enforcement discovered the military equipment.

They initially pulled over the Chong Chon Gang after receiving a tip it was carrying drugs, Panamanian law enforcement officials have said.

Cuban officials told Panama the cargo was a donation of sugar for the people of North Korea.

Officials have found most of the weapons Havana said were on board, including the two fighter jets, originally produced by the Soviet Union in the late 1950s, and two missile radar systems.

No missiles have been found, and though officials originally feared one container held explosive material, none was discovered. 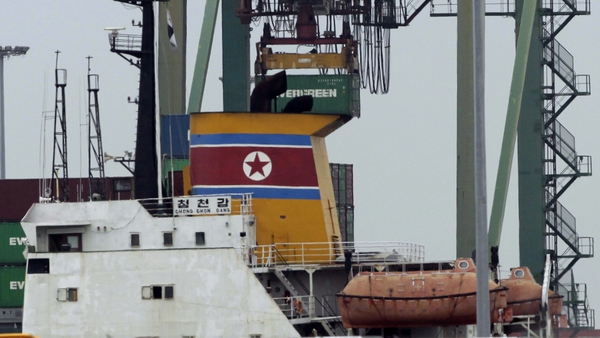