Cuba has said a North Korean cargo ship seized in Panama was loaded at one of its ports with 10,000 tonnes of sugar and 240 tonnes of "obsolete defensive weaponry".

A statement released by the Cuban Foreign Ministry said the weapons were being sent back to North Korea for repair.

Panama seized the cargo ship it suspects was hiding missile equipment, after a standoff in which the ship's captain tried to take his own life.

The ship was stopped last week as it headed into the Panama Canal and authorities arrested the crew on Monday after finding undeclared missile-shaped objects.

That is a potential violation of UN sanctions linked to North Korea's nuclear programme.

"We found containers which presumably contain sophisticated missile equipment. That is not allowed. The Panama Canal is a canal of peace, not war," Panama's President Ricardo Martinelli told local radio yesterday.

In the statement, which was read out on the state TV evening news, Cuba said the weaponry was all required "to maintain our defensive capacity to preserve national sovereignty".

It added: "Cuba maintains its commitment to peace including nuclear disarmament and international law."

Cuba has maintained warm relations with North Korea, including military and economic cooperation.

A photo posted on Mr Martinelli's Twitter page showed a long, green missile-shaped object with a tapering, conical end inside the ship, which he said was bound for North Korea.

The US State Department praised Panama's decision to raid the ship, which it said had a history of involvement in drug smuggling, and warned the vessel would be violating UN Security Council resolutions by shipping arms.

The UN has imposed a raft of sanctions on North Korea, including strict regulations on arms shipments, for flouting measures aimed at curbing its nuclear weapons programme.

He did not specify whether the cargo contained actual missiles but said the search could last up to a week.

When Panamanian officials began looking inside containers stuffed with over 250,000 100kg bags of brown sugar, the captain became violent and tried to take his own life, Mr Mulino said.

All 35 members of the crew of the ship, which is called Chong Chon Gang, were arrested after resisting Panamanian orders.

There are now being questioned at Fort Sherman, a former US Army Base on the Atlantic end of the Panama Canal, an official added.

Mr Mulino said that Panama would consult with the UN to determine what agency could charge the crew members for smuggling illegal weapons.

An official at North Korea's UN mission said nobody was available to comment on the ship. 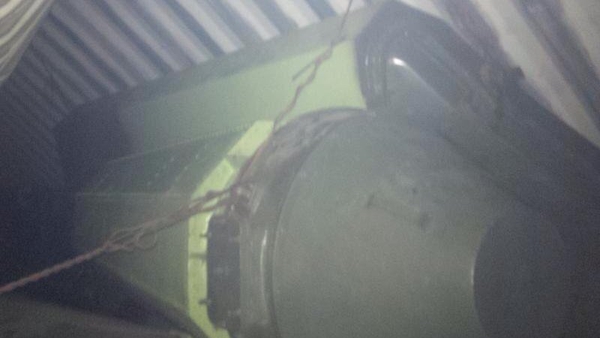