An emergency situation has been declared at Letterkenny General Hospital following flooding in a significant section of the hospital.

The facility's emergency department; radiology department; outpatient department; pathology and medical records departments; and several wards and kitchens have all been evacuated.

A nearby tributary of the River Swilley overflowed and caused the flooding between 5pm and 5.30pm.

In a statement, the HSE confirmed 11 patients have been moved to the day surgery area, which is not in use over the weekend.

The executive has said there is no risk to patients currently in the hospital and the emergency service continues to function.

However, it is requesting that patients contact their GP out-of-hours service for non-emergency treatment.

A number of patients at the hospital’s department of psychiatry have been moved to community residential units, or have gone on leave with their families overnight.

Some patients have remained within the department which is closed to all admissions.

Donegal Mental Health Services said it regrets any inconvenience caused to service users and their families.

The local authority fire services are on site to pump water from the department.

Sean Murphy, General Manager, LGH, said: "We are doing everything we can to minimise the impact on patients and will work continuously throughout the night to ensure that the area is cleared of water as soon as possible." 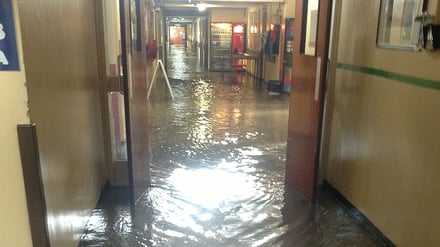 In Dublin, Jones’s Road near Croke Park was impassable due to flooding. There was also flooding nearby on Griffith Ave and Marino Rd.

Surface water caused some difficulty on Sheriff St at the Docklands Train Station, at nearby Macken St/Hanover St and on the North Quays before O'Connell Bridge.

Other affected areas included the N1/Swords Rd at Collins Ave, the R132/ Swords Rd at Santry Lane in Santry, the Outer Ring Rd at the Willsbrook Rd Jct and on the Fonthill Rd at the Ronanstown Rd Jct.

The lobby of Dublin City Council’s offices at Wood Quay also experienced some flooding during the downpour.

Gardaí say flood waters in the capital have subsided.

Excess surface water was a problem in parts of Co Wicklow and in Mullingar, Co Westmeath following heavy showers. 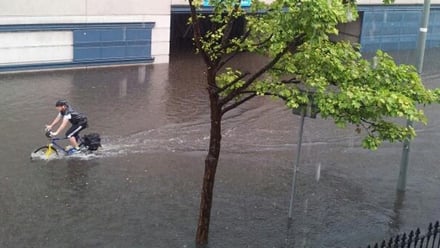 Luas green line services were suspended for a time between St Stephen’s Green and Beachwood following a lightning strike.

A full service has resumed with some delays. 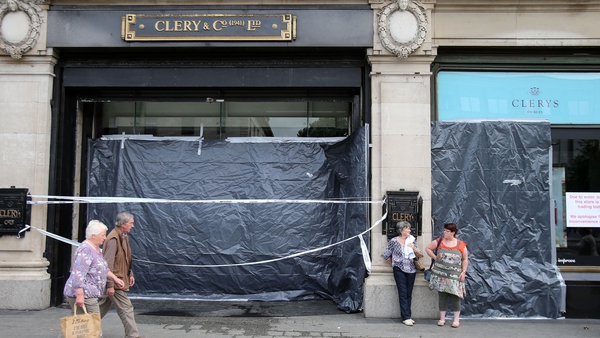