Tens of thousands of pilgrims greeted Pope Francis in Brazil as he began his first trip abroad since becoming head of the Catholic Church.

Pope Francis is on a week-long trip to Brazil for the World Youth Festival.

More than 1.5 million pilgrims are expected to join him for the celebrations.

There have already been protests by anti-government demonstrators who set off fires amid complaints over the cost of the visit.

The Brazilian government has spent an estimated $52m on the trip.

The Pope was officially welcomed to Brazil during a ceremony at Guanabara palace in Rio de Janeiro yesterday.

He met Brazilian President Dilma Rousseff and also took a tour in an open top motorcade.

It is the first time the 76-year-old Argentine-born Pope has returned to his home continent since being elected earlier this year.

Brazilian police last night found a small homemade explosive in a parking garage near a Catholic sanctuary in the city of Aparecida where Francis is scheduled to visit tomorrow.

The explosive, made with a plastic pipe wrapped in tape, was safely detonated by a police bomb squad.

The device was found in the bathroom of a parking structure in Aparecida, a city in Sao Paulo state whose sanctuary honours the patroness of Brazil, Our Lady of Aparecida.

It was unclear if the device was related to the papal visit. 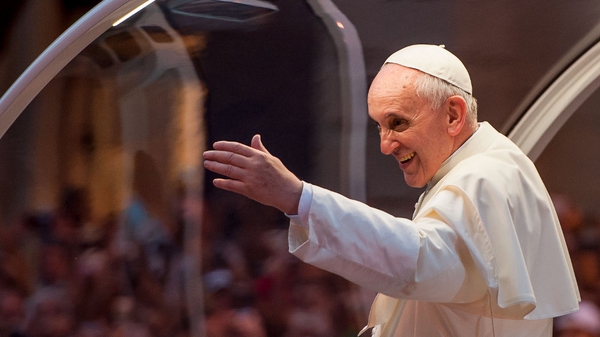