The Government has decided it will not be introducing a redress scheme for survivors of the Protestant Bethany Home.

However, it has said it is willing to look at the questions of a memorial and the availability of records with regard to the institution.

The Government said it had confirmed the view expressed by Minister Ruairi Quinn two years ago that there was no basis for revisiting the previous government's decision not to include the Bethany Home within the Residential Institutions Redress Scheme.

The Bethany Survivors Group has strongly criticised the Government's decision.

Chairperson of the group Derek Leinster said: "The offer to look at records production and "modest" funding for a memorial is an insult.

Last Thursday, Taoiseach Enda Kenny told the Dáil that a decision on a redress scheme for the survivors would be made this week.

On 25 June, the Taoiseach said Minister for Justice Alan Shatter would report on the issue to the Dáil early this month.

However, no such report has been made.

The Protestant-run home in Rathgar in Dublin was for unmarried mothers and children who were often cared for by inmates who had been detained by the courts for infanticide, prostitution and lesser crimes.

The survivors group said children were mistreated in the home and suffered an unusual level of ill-health.

It said the State took on responsibility for inspecting the home under the terms of the 1934 Maternity Act.

The group also said they were often abused when fostered out to or adopted by Protestant families throughout the island.

Three years ago, 219 bodies of Bethany infants and children were found in unmarked graves in Dublin's Mount Jerome Cemetery. They had died between 1922 and 1949.

Yesterday, the group received the backing of the Northern Ireland Executive for their campaign.

One of the survivors said she is very very disappointed by the announcement.

Eileen Macken was five months old when she was taken to the Bethany Home and said she stayed there without her mother.

She was taken from the Bethany Home when she was two-and-a-half and placed in an orphanage.

Ms Macken said she was getting on in years and knows how she feels and how she has felt over the years not knowing who she is.

She said she knows there are survivors that need financial help and she would be very disapppointed if they did not get the financial help they need.

She said: "There is a wealth of evidence in the public domain proving state culpability in the neglect and harm of children residing in Bethany Home." 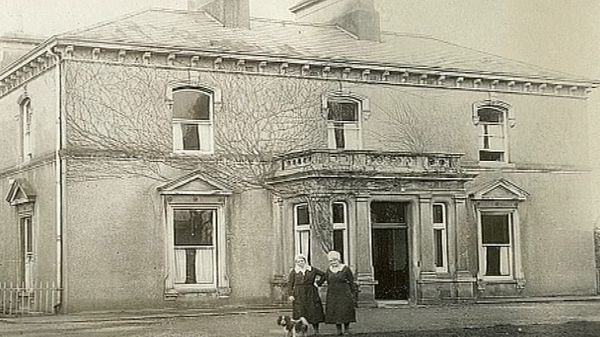