Portuguese President Anibal Cavaco Silva has ruled out a snap election and said he wants the centre-right coalition government to stay in place to keep the country’s international bailout on track.

Political turmoil had threatened to derail Portugal's planned exit from the EU/IMF bailout in mid-2014.

"National salvation" talks between the two coalition parties and the opposition Socialists collapsed on Friday.

Portugal has already been forced to request a delay in the eighth review of the bailout by its creditors, originally scheduled to start last Monday, until the end of August or early September.

"As the national salvation compromise was impossible to achieve, I consider that the best alternative solution is for the present government to remain in its functions, with reinforced guarantees of cohesion and solidity of the coalition, until the end of its term [in 2015]," the president said.

Mr Cavaco Silva has the right to seek to dissolve parliament and call early elections if he believes the government has lost its ability to govern.

But an internal rift within the coalition that triggered the crisis appears to have been resolved, and the government, which has a solid majority in parliament, last week easily defeated a no-confidence motion.

In his televised address, Mr Cavaco Silva said the coalition presented him "guarantees of a solid understanding" on how to successfully complete the bailout programme and allow Portugal to return to full market financing.

However, analysts warned that Lisbon's ability to implement tough austerity measures needed to meet the bailout goals may now be more limited. The €78bn bailout programme and accompanying austerity policies are associated with the worst recession in Portugal since the 1970s.

The dispute within the coalition started when the junior coalition partner, the rightist CDS-PP party, objected to the appointment of former treasury secretary Maria Luis Albuquerque as finance minister to replace Vitor Gaspar - the architect of the austerity drive in the last two years.

Ms Albuquerque's appointment after Mr Gaspar resigned on 1 July was well-received by Portugal’s lenders as a sign of continuity.

Prime Minister Pedro Passos Coelho proposed to heal the rift by making CDS-PP chief Paulo Portas his deputy in charge of talks with the lenders, but Mr Cavaco Silva rejected the plan and called instead for the "salvation compromise" and elections next year.

In his speech last night, the president did not refer to any cabinet changes.

"It will be politically more difficult to implement unpopular measures, but as long as there is an understanding within the coalition there will be government," Mr Garcia said. 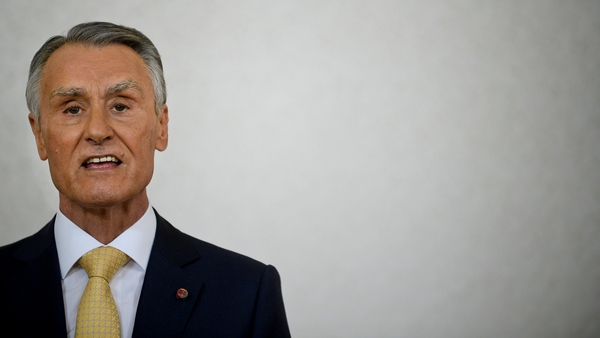