Portugal's President Anibal Cavaco Silva has said he wants the coalition government to stay in place to end a weeks-old political crisis and keep an international bailout on track.

Mr Silva ruled out a snap election in a televised address to the nation.

The crisis had threatened to derail the country's planned exit from the EU/IMF bailout.

It started as an internal political rift in the ruling coalition and expanded to a debate over the bailout plan.

The rift in the coalition broke out in early July with two senior ministerial resignations.

Tonight, the president said the coalition had presented him "guarantees of a solid understanding" on how to successfully complete the bailout programme and allow Portugal to return to full market financing.

He did not refer in his speech to a cabinet reshuffle that had been proposed by Prime Minister Pedro Passos Coelho to resolve the rift in the coalition.

In his speech the president said: "As the national salvation compromise was impossible to achieve, I consider that the best alternative solution is for the present government to remain in its functions, with reinforced guarantees of cohesion and solidity of the coalition, until the end of its term (in 2015)," he said.

Economist Rui Barbara at Banco Carregosa said: "I think it's a positive decision to calm down investors that removes uncertainty and maintains the drive of meeting the bailout goals."

The government has a solid majority in parliament and last week easily defeated a no-confidence motion.

The main ruling Social Democrats (PSD) has said the government will press on with meeting fiscal goals for the country to exit the rescue programme by mid-2014 as planned.

The €78bn bailout programme and attached austerity policies are associated with the worst recession in Portugal since the 1970s. 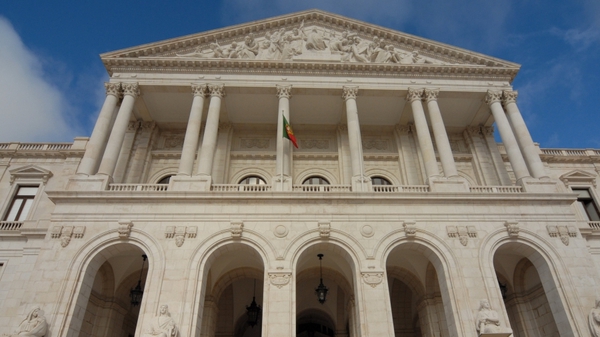