The head of the Irish Prison Service has said the number of prisoners locked in solitary confinement in Irish jails is not acceptable.

New figures released to RTÉ News show that 165 prisoners are being kept in isolation because they require protection from the general prison population and there is no alternative accommodation.

As of 1 July, 114 at-risk prisoners were being held in isolation for 23 hours a day, while 61 inmates were behind bars for 22 hours a day.

The inmates are locked in solitary confinement not because they have broken prison rules, but because there is nowhere else to put them.

Irish Prison Service Director General Michael Donnellan said the figures were not acceptable, but the number of inmates in isolation is being reduced.

He said: "It is something we are working very hard on. It is not acceptable to have 114 people locked up for 23 hours a day. That is a number that hopefully over the next 12 months can reduce."

Mr Donnellan said some prisoners who are the victim of assaults are placed in solitary confinement.

"Sometimes, in very few cases, we are left with no alternative but to offer them whatever protection that they demand," he said.

Authorities are considering converting St Patrick's Institution in Dublin into a protection-only prison, where those at risk can be held, without additional isolation.

The Irish Penal Reform Trust has described the situation as "increasingly urgent" and called for inmates to be held in solitary confinement only as a last resort.

In recent days there have been two significant High Court challenges to Irish prison conditions.

IPRT Executive Director Liam Herrick has warned the State could be open to future claims for damages.

"Primarily we're talking here about human cost, but ultimately there are questions of legal liability too. We are seeing an increasing volume of litigation across Europe in this area." 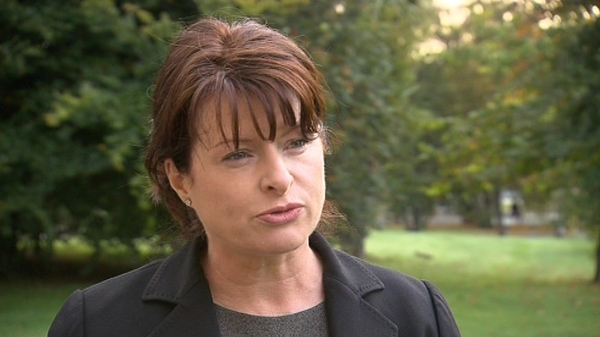