Former South African President Nelson Mandela will spend his 95th birthday in hospital, where his condition is said to be improving.

"Madiba remains in hospital in Pretoria, but his doctors have confirmed that his health is steadily improving," President Jacob Zuma said in a statement using Mandela's traditional clan name.

UN Secretary General Ban Ki-Moon said Mr Mandela's birthday comes at a time of deep reflection on his contribution to the culture of peace and freedom.

The United Nations declared his birthday International Mandela Day in 2009, in a bid to promote global peace and inspire people to take action to change the world for the better.

The Immigrant Council of Ireland has urged people to make countering racism a priority this Mandela Day.

The council says it is an opportunity for Ireland to reflect on how to learn from the example of the anti-apartheid icon to ensure each community unites to reject racism.

Many in South Africa celebrated Mandela Day with 67 minutes of public service to honour the 67 years Mandela served humanity by first fighting against white-minority rule and then consolidating racial harmony when he was president.

His former wife Winnie Madikizela-Mandela called the 95th birthday "a gift to the nation".

"There are some prophets of doom who say the country will come to a standstill [when he dies]," she told Talk Radio 702.

Mr Mandela's victory in the first multiracial elections in South Africa in 1994 put an end to the apartheid system.

Four years earlier, he was released from 27 years spent in prison under white minority rule, 18 of them at the notorious Robben Island penal colony.

He has been receiving intensive treatment since 8 June for a recurring lung infection, his fourth stay in hospital in six months. 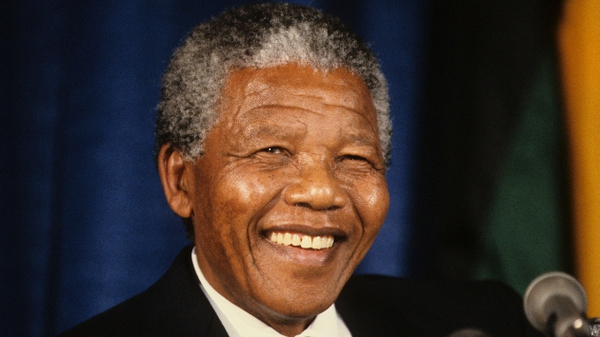