The National Day of Commemoration ceremony was held this morning at the Royal Hospital Kilmainham in Dublin, as well as at seven other locations across the country.

The multi-faith and military ceremonies honoured all Irishmen and Irishwomen who died in wars or on service with the United Nations.

The Dublin event was attended by the President, the Taoiseach, the Government and Council of State, as well as members of the diplomatic corps, Defence Forces, veterans' organisations, the judiciary and Northern Ireland representatives. 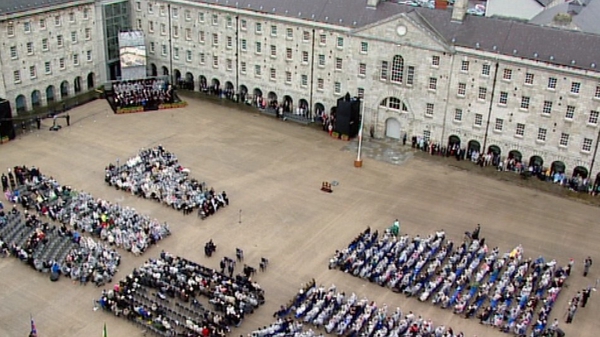