Ceremonies have been held around the country to mark the National Day of Commemoration in honour of Irish people who died in wars or on service with the United Nations.

The largest ceremony was in Dublin. It was held outdoors on a rainy morning at the National Museum, Collins Barracks. About 1,200 people from North and South attended the hour-long ceremony.

The Taoiseach and most of his cabinet were present, as were judges, diplomats, military and Garda chiefs, and veterans of the Irish and British armies.

President Higgins laid a wreath in honour of Irish men and women who died in past wars or on UN peacekeeping duties.

350 members of the Defence Forces rendered military honours, but a fly-past by the Aircorp had to be cancelled because of the weather. 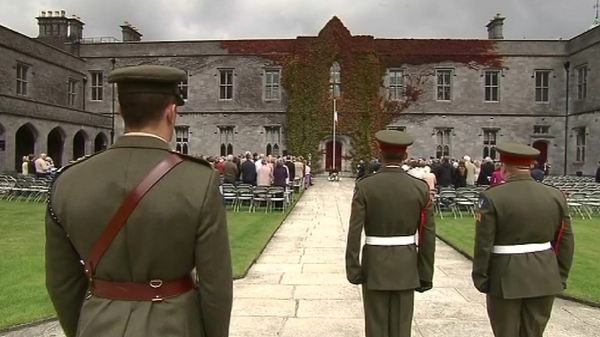 Ceremonies honour those killed with UN