The Labour Court has said that AIB should implement significant changes to pensions, pay and working hours in order to ensure the bank's viability and the protection of jobs.

Labour Court Chairman Kevin Duffy recommended that AIB should close its defined benefit pension scheme by the end of the year, and replace it with a defined contribution scheme, which carried greater risk for employees.

He has also recommended that staff should work longer hours and the closing date for a voluntary redundancy scheme will be extended from 31 March 2014 to 28 February 2015.

However, workers below manager grade will receive a one-off lump sum worth 4% of current salary.

AIB and unions have been in negotiations for some time at the Labour Court on a restructuring and cost-reduction programme involving changes in areas including pay, pensions, working hours, and jobs security.

In today's recommendation, Mr Duffy acknowledged that many of the proposals will have a negative impact on established and longstanding conditions of employment for staff.

However, he said the court is fully satisfied that the changes are crucial to ensure the future viability of the bank and to protect employment.

Mr Duffy said that in future AIB should contribute between 10% and 18% of salary to defined contribution schemes for employees, depending on their age and contribution levels.

Pay will be reviewed annually from January 2014, with management/union discussions factoring in issues including the cost of living, the bank's financial performance and performance management.

Working hours will increase to 36 hours per week from October, and to 37 hours from 1 April 2014.

The voluntary redundancy scheme will continue until 28 February 2015 on the same terms agreed in 2012.

The Labour Court recommended a one-off payment of 4% of salary for all members of the Irish Bank Officials' Association below manager level in recognition of the overall provisions of the recommendation.

There will also be a process to facilitate redeployment of staff to alternative roles.

The recommendation also stated that any outsourcing proposals must be discussed with the IBOA and affected staff, and existing collective agreements will have to be taken into account.

The IBOA will continue to be recognised as the sole negotiating body for clerical and management staff at the AIB Group.

The IBOA said substantial progress had been made in some areas, but noted that the recommendations if accepted and implemented would represent significant change for many members.

IBOA General Secretary Larry Broderick said it would consider the recommendation in detail and await the response of AIB and the bank's stakeholders before coming to any conclusion.

The union intends to commence balloting AIB staff on the proposals before the end of July.

AIB said it was considering the Labour Court recommendation and will engage with staff over the coming period.

In a statement, it said that these negotiations and changes were in addition to AIB's severance programme, benefit changes for staff and pay cuts for senior management that were announced last year. 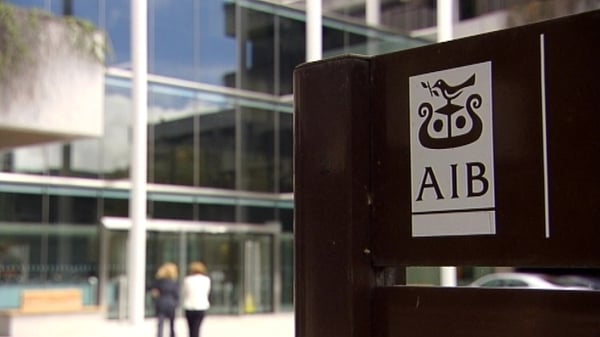