Minister for Justice Alan Shatter has said he believes if the Protection of Life During Pregnancy Bill had been in force, Savita Halappanavar may not have lost her life.

He said Savita's case starkly illustrates the need for legislation in this area.

The minister said it is unfortunate that the Government should lose any colleague on this issue, and hoped Minister of State for European Affairs Lucinda Creighton would support the bill.

"I would hope that Lucinda would support the legislation and support the Government approach to this issue and would respect the views of colleagues across the parliamentary party," he said.

She wants the Government to accept her amendment to remove abortion as a treatment for suicide in the Protection of Life During Pregnancy Bill.

Taoiseach Enda Kenny has warned that any Fine Gael TDs who do not support the legislation will be expelled from the parliamentary party and barred from running for the party in the next election.

Ms Creighton said she has not lost hope that she will be in a position to stay within the Fine Gael parliamentary party but that would require changes to Section 9 of the legislation.

“Everyone in the party might have a different view on different aspects of different legislation but we operate as a party. She is part of the Fine Gael family and I would hope she doesn't step outside that," Mr Shatter added.

He also said it is important that the Government has met its obligations and responsibilities to give legal statutory effect to a constitutional provision to ensure that the medical profession know exactly what procedures apply should there be a real and substantial risk to the life of the mother when she is pregnant and that mothers in the State know what the position is.

Describing herself as Fine Gael to the core Ms Creighton said TDs must "stand up" and make the right choice on Wednesday and vote for "evidence based" legislation.

She said there was no evidence that abortion was a suitable treatment for a woman whose life was at risk from the threat of suicide.

Her proposed changes to the bill would "raise the level of treatment for women," she said.

The Dublin South East TD said she had worked tirelessly as a junior minister and leaving the Fine Gael Parliamentary Party was the last thing she wanted to do. 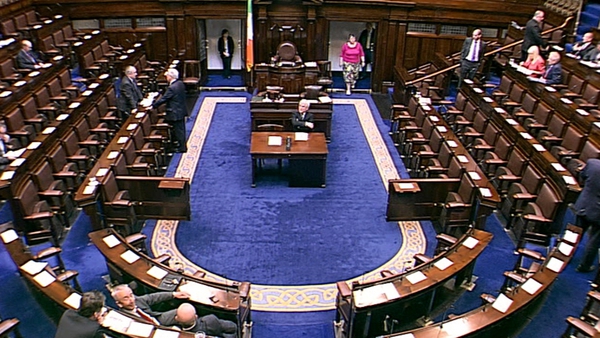