Minister for Health James Reilly is to table a number of amendments to the Government's Protection of Life during Pregnancy Bill, which comes before the Dáil again next week.

It is understood the changes will further clarify the responsibilities of medical personnel by strengthening the language in a number of sections.

The amendments add the phrase "being an opinion formed in good faith which has regard to the need to preserve unborn human life as far as practicable" to the relevant sections dealing with approving a termination.

The final Dáil vote on the bill is to be held at 10pm next Wednesday.

Taoiseach Enda Kenny said the measure was not about any one person, but was aimed at saving the lives of women.

He insisted he was not changing any law, but was intent on clarifying the legal situation.

The amendments will be voted on during the report stage, which will take place throughout Wednesday in the Dáil.

Unlike the Committee Stage, where only members of the Health Sub-Committee were entitled to vote, every TD will be able to vote in the report stage.

Any Government TD who votes against their party line will automatically lose the whip.

If passed by the Dáil, the legislation is due to begin its progress through the Seanad next Thursday.

Minister for European Affairs Lucinda Creighton has also tabled a number of her own amendments.

These aim to:
- Remove the section citing suicidal ideation as grounds for a termination
- Have a legal advocate make the case for the unborn when terminations are sought for other reasons
- Impose term limits beyond which terminations cannot be carried out
- Reduce from 14 years to five years the maximum penalties for women convicted under the act 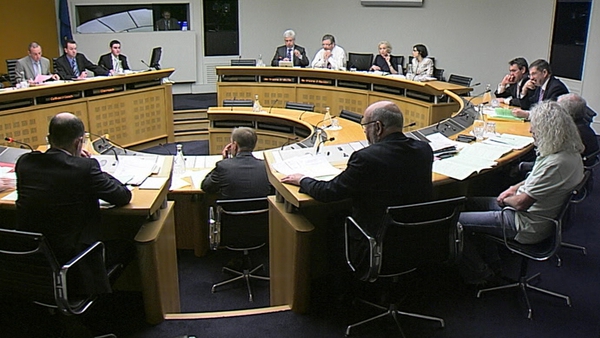