Nelson Mandela's grandson has been ordered to exhume the bodies of three of the anti-apartheid leader's children and return them to their original grave.

Judge Lusindiso Pakade told Mandla Mandela, the chief of the clan and Nelson Mandela's official heir, to comply with the order.

With the 94-year-old former president critically ill in a Pretoria hospital, 16 of his family members applied last week for a court order to force Mandla to return the bodies.

The bodies were moved two years ago from the village of Qunu, where Nelson Mandela grew up.

Mandla had the remains transferred 20km to his Eastern Cape village of Mvezo.

He has not revealed why he reburied them but Mvezo is where Nelson Mandela was born and where many South Africans believe Mandla wants the country's first black president to be buried.

Nelson Mandela's eldest daughter, Makaziwe, who led the legal challenge against Mandla, declined to comment to reporters after the ruling. "This is a private family matter," she said.

A lawyer for Mandla told reporters he would contest the ruling. 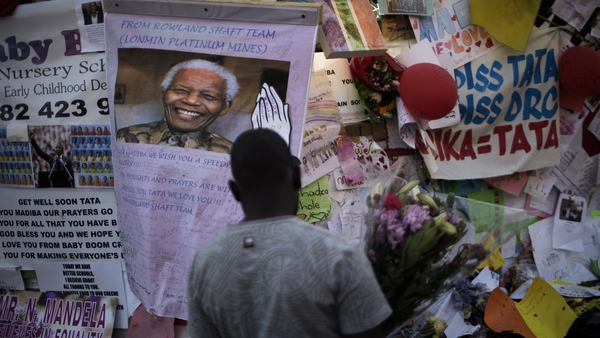