General Secretary of the Irish Congress of Trade Unions David Begg has called for a major programme of investment to create jobs and stimulate growth.

In a wide ranging economic review for the ICTU conference in Belfast, he said there was now irrefutable evidence that austerity was not working.

Mr Begg told delegates that a European Union with around 26 million people unemployed was not sustainable.

He also called for a restructuring of the institutions of the EU to provide a balance to the power and independence of the European Central Bank.

Mr Begg also condemned the comments on the Anglo tapes - which were published by the Irish Independent - as boorish and cynical and condemned the treatment of staff in the bank now known as IBRC, which is in liquidation.

He said union members in IBRC were every bit as much victims of their bosses' conduct as the taxpayers.

He said he had warned Minister for Finance Michael Noonan in no uncertain terms that it was not acceptable for staff to be thrown on the side of the road with mere statutory redundancy.

Meanwhile, Mandate General Secretary John Douglas has been elected President of ICTU for the next two-year term.

He replaces Eugene McGlone, Regional Secretary of the Unite trade union, who has held the position since 2011.

Mr McGlone later launched a stinging attack on the Labour Party for failing to listen to and assist workers.

He said some trade unionists now believed that the party they had loyally belonged to had cast them adrift - adding that it was not easy to hear ordinary decent working people looking at the party of Labour and seeing no difference between it and Fine Gael.

He told the 700 delegates from north and south of the border that there was still no right to collective bargaining despite it being promised in the current Programme for Government.

Separately, a spokesperson for Tánaiste Eamon Gilmore has confirmed that he will not be attending the ICTU conference.

It is understood Mr Gilmore will be flying to Strasbourg to attend the European Parliament vote on the EU budget. 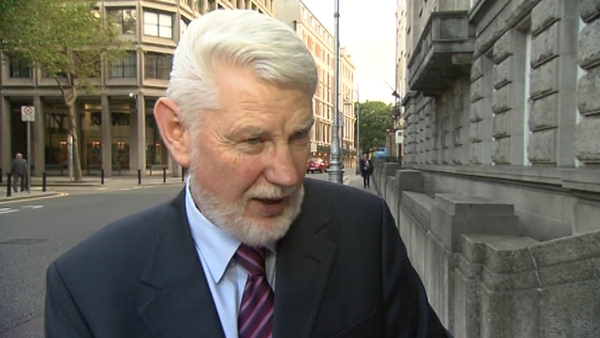