Taoiseach Enda Kenny has said the Protection of Life During Pregnancy Bill "is important but it is not radical" and will not lead to abortion on demand in Ireland.

Mr Kenny said the bill will legislate for a constitutional right that has existed in a completely unregulated way.

He said the bill is underpinned by a number of important principles to provide legal clarity where there is a real and substantial risk to the life of a woman.

Mr Kenny said that medical termination of pregnancy can be legally permitted only where all of the doctors involved say it is the only treatment.

Speaking as the Dáil resumed its debate on the legislation, Minister for Justice Alan Shatter said the bill will not liberalise abortion law.

He said it is legislation that simply reflects the current law.

It is not a liberal law, he said, but is highly restrictive and its central theme is about the right to life of women and the unborn.

Minister for European Affairs Lucinda Creighton earlier appealed to the Government to accept "substantive amendments" to the bill.

Ms Creighton said she will vote with her conscience on the bill.

She criticised the inclusion of the suicide clause and said it was bizarre that the bill contained no provision for legal representation for the unborn in cases of suicidal intent.

She also urged amendments to clarify what term limits would apply to terminations.

Meanwhile, Dublin North East TD Terence Flanagan has confirmed that he will be voting against the proposed legislation.

He is the fourth Fine Gael TD to say they would not support the bill.

The debate lasted for over nine hours and almost 40 TDs spoke in the Dáil.

Tánaiste Eamon Gilmore has said that supporting the bill is the "right thing to do" and his party will support it.

He said everyone is aware of the significance of the bill and of its complexities.

Mr Gilmore said he is aware of the differing beliefs on this issue, but said the core purpose is the protection of the life of women and children.

He said that he cannot support the legislation and will be voting against it at second stage.

Mr Ó Cuív said he believes that those who join him in doing so across party lines are making the right decision, although in many cases they will be punished for doing so by their parties.

He asked those who are pro-choice to respect the views of the minority and accept that they are making a stand from "a human rights perspective."

Fine Gael TD Mary Mitchell O'Connor said the bill requires deputies to have faith in women and that suspicion that women would claim to be suicidal to avail of terminations was doing a disservice.

Minister for Social Protection Joan Burton told the Dáil the suggestion that women could not be trusted was "deeply insidious".

Dublin North West TD Róisín Shortall called for a sunset clause on the on bill.

She called on Minister for Health James Reilly to accept amendments to strengthen the bill because as it stood, she said, it is unacceptable.

Fianna Fáil TD Seán Ó Fearghaíl said he would oppose the passage of the bill.

He paid tribute to Lucinda Creighton for having the "courage, conviction and compassion" on a matter, which he noted as being close to her heart.

Mr Keaveney said people lie to achieve a purpose and some are women.

He noted that David Steele who introduced the 1967 abortion act in the UK has since expressed regret over that decision.

Mr Keaveney said many of the Dáil deputies who intend to support the bill will express regret in 20 years.

Earlier, Independent TD Finian McGrath said while he had major concerns about the legislation, he supported the request for an open and free vote.

Mr McGrath said he would wait to see the amendments, but confirmed that he would be supporting the legislation and reiterated that all views should be supported.

The Pro Life Campaign says an opinion poll it commissioned shows that a majority of voters are opposed to abortion as a response to a threat of suicide.

It also indicates that a large majority supports a free vote on related legislation currently before the Dáil.

The online survey of a nationally representative sample of almost 1,000 adults was conducted for the Pro Life Campaign by Amárach Research.

It asked respondents to state their attitude to abortion "if it were clearly shown that (it) is not a suitable treatment for a pregnant woman with suicidal feelings."

The poll also reveals that 78% of respondents support granting a free vote to TDs and senators on the bill, versus 13% who say politicians should be required to vote with their parties.

Finally, there is slightly more than two-to-one support for prohibiting abortion when the pollsters draw a distinction between abortion and what the Pro Life Campaign calls "all necessary life-saving treatment for women."

The Catholic Primate, Cardinal Seán Brady said the government's bill will mean the right to life of the unborn child is no longer treated as equal.

Cardinal Brady said it will provide the widest possible legal justification for deliberately and intentionally destroying the life of the unborn child, with no time limits and no mechanism for ensuring that the right to life of the unborn is adequately vindicated. 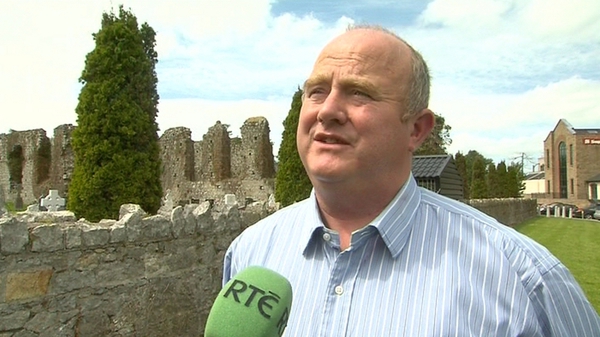