Minister for Finance Michael Noonan has said he believes former Anglo chief executive David Drumm should co-operate fully with any banking inquiry as any relevant person should.

Mr Noonan said there would be sanctions for any person who does not co-operate and that is an issue Mr Drumm will need to consider when contemplating his position.

Speaking on RTÉ's Morning Ireland, Mr Martin said he had spoken to Mr Cowen about his participation in a potential banking inquiry.

He said Mr Cowen is "waiting" for an inquiry and "certainly would" participate.

Mr Martin said the Government needs to "get on and have the inquiry" and claimed it was anxious to delay it as long as possible.

Mr Martin also called on Taoiseach Enda Kenny to withdraw his comments that an "axis of collusion" existed between Fianna Fáil and Anglo Irish Bank.

Attempts were being made to suggest there was "underhand activity" on the night the Cabinet decided on the bank guarantee, he said.

Mr Martin said both he and his party were "anxious" to participate in a future inquiry.

He said that the inquiry would not "undermine anyone involved" on the night the bank guarantee was agreed upon by Cabinet.

Several Government ministers last week claimed the revelations contained within the so-called Anglo tapes, which were published by the Irish Independent, damaged Ireland's reputation in Europe.

However, Mr Martin said he did not think the tapes would harm Ireland's chances of obtaining retrospective funding from the European Stability Mechanism for the country's banks. 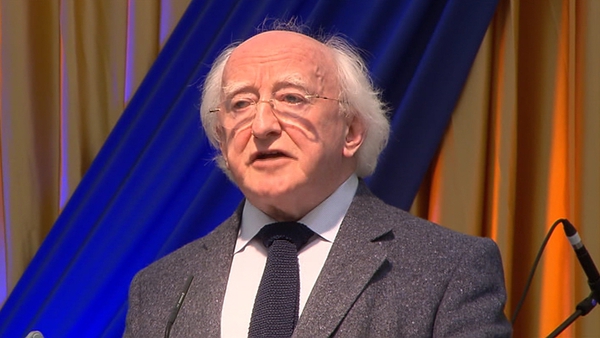