Hundreds of people have taken part in demonstrations around the country in protest at a reduction in educational provision for children with special needs.

The rallies went ahead despite yesterday's reversal of a cut to resource teaching hours for children.

Several hundred people took part in a demonstration outside the Dáil this evening.

Fianna Fáil leader Micheál Martin was heckled by protestors and left the demonstration amid cries of "shame on you".

Minister for Education Ruairi Quinn reminded the Dáil last night that the cap on Resource Teachers and Special Needs Assistants had been agreed by Fianna Fáil during the last government.

Parents of children with Special Educational Needs want the Government to lift the cap.

Around 100 parents of children with special needs and their supporters protested through the streets of Ennis, Co Clare, this morning.

While parents accept that Minister Quinn has reversed the decision to cut the number of resource teaching hours, they said cuts in the numbers of Special Needs Assistants remain.

They said they are angry that the most vulnerable group of children in Ireland have had their much-needed resources cut.

Parents believe their children will regress if their SNA help is cut any further.

Around 300 people attended a protest in Cork this evening against cuts to special needs assistance in primary schools.

Parents said they would not tolerate further cuts to special needs supports in the Budget.

Over 200 people gathered in Galway's Eyre Square to protest against the cuts.

Representatives from Down Syndrome Galway, Galway Autism Partnership and the INTO took part in the rally.

Organisers said a reduction in resource hours in schools has not been reversed.

They are also angry at changes to arrangements for siblings with autism, which result in them sharing a tutor during the month of July.

A protest also took place outside the Dáil.

Around 100 protesters gathered outside Taoiseach Enda Kenny's constituency office in Castlebar to voice their concerns over SNA provision.

Elsewhere, the Fianna Fáil Private Members' bill on support for children with special needs resumed in the Dáil this evening.

Independent TD Seamus Healy said this is the second time the minister has done a u-turn on cuts.

Another Independent TD, Thomas Pringle, said he was not sure whether he would welcome the reversed decision, as the cuts should never have happened in the first place.

Fine Gael's Patrick Donovan said he welcomed the establishment of the review announced last night by the minister.

Labour's Robert Dowds, who was a former teacher, said he is concerned the resources are not being allocated on a fair basis.

The Government won the second vote on the amended bill by 72 to 47. 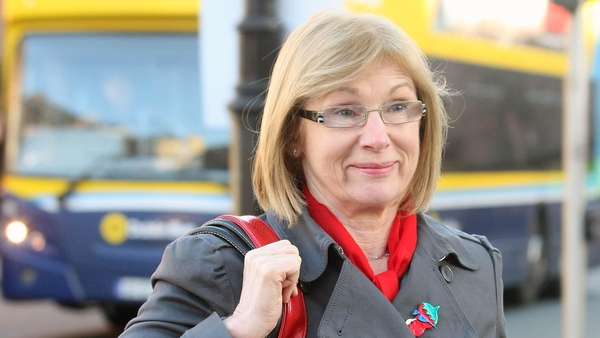