The Dáil debate on the Protection of Life during Pregnancy Bill has adjourned until tomorrow morning.

The first vote on the legislation is not now expected until next Monday.

Fianna Fáil leader Micheál Martin said this morning that he has a clear record in relation to promoting measures in protecting human life throughout his career.

His position remains that Ireland has a constitutional and moral duty to protect human life during pregnancy, he said.

The Fianna Fáil leader said he will be voting for the legislation, saying it is tightly drawn and respects Article 43.3.

Mr Martin said his party will take a unique step in allowing each member to vote with their conscience.

Fianna Fáil is against liberalising Ireland's abortion laws, he said, but individually the party is not in agreement on whether this bill limits that.

For 21 years, he said, the risk of suicide has been a lawful ground for obtaining an abortion and it has not been abused in that time.

He said that there is no reason to now mistrust pregnant women and doctors.

Mr Martin rejected the idea that the suicide clause would "open the floodgates".

Labour TD Aodhán Ó Ríordáin said it is outrageous to suggest that the country should not legislate in this area.

He said he cannot understand why a woman who is suicidal as a result of a crisis pregnancy should not have options.

It is unfortunate that cases of foetal abnormality have not been taken into account in the legislation, he said.

He said it is a shame that Ireland can call itself a republic, yet not deal with this issue.

It has been a long, lonely, emotional defunct road that has been unpopular for people in his party and others over the last 21 years who have sought legislation in this area, he added.

Fianna Fáil's John Browne has said that he will not support the bill on the grounds that suicide has been included in the legislation.

He said he agrees with the argument that abortion is not a cure for pregnant women with suicidal tendencies.

Fine Gael's Olivia Mitchell has said she will support the bill.

She said it was to "our shame as legislators" that unhappy and distressed pregnant women were sent to England to look for compassion and understanding.

Ms Mitchell said she is happy to leave those dark days behind.

Socialist Party leader Joe Higgins said this evening it is shameful as a country that women are forced to leave every year to deal with this issue.

Fine Gael TD Sean Kyne said he does not believe the bill will lead to abortion on demand and he will support it.

Fianna Fáil's Michael McGrath said he will oppose the bill on the grounds that abortion on the grounds of suicidal ideation has no basis in evidence.

His party colleague Dara Calleary said that it is clear the bill will now be passed and after that it will be important that it is monitored.

Labour's Joe Costello said that his party has campaigned for this legislation for a long time.

He said was essential that the legislation in the bill is enacted as it is long overdue.

A number of Fine Gael TDs and Senators have recently expressed reservations about the bill.

Yesterday, another Fine Gael backbencher signalled he may vote against the bill.

Louth TD Peter Fitzpatrick told his local newspaper, The Argus, that while he has yet to finally make up his mind, he had to make sure he can live with his conscience.

He said this was very important to him and it was the most important decision he had had to make as a TD. 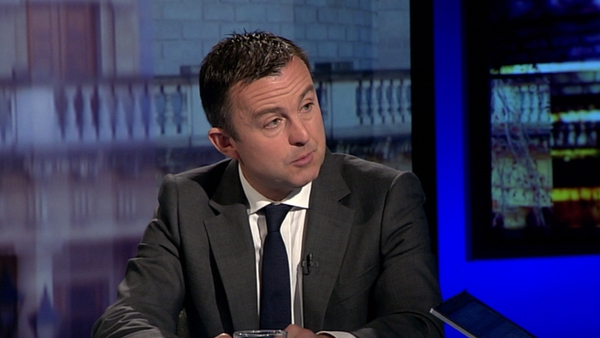