A Government Minister has ruled out the possibility of holding a referendum on the Protection of Life during Pregnancy Bill 2013.

Minister of State for Finance, Brian Hayes said he did not think Article 27 would be used to hold a referendum on the bill.

However, chairman of the Labour party, Colm Keaveney has confirmed to RTÉ News that he is seeking to invoke the constitutional provision to force a referendum on the legislation.

In a statement Deputy Keaveney said "this is not a parliamentary procedure, it is a constitutional matter."

Mr Keaveney, who sits as an Independent TD having lost the Labour party whip said, "for Government to heavy arm backbenchers not to sign a petition would be a step too far."

A report in the Sunday Independent suggested a coalition of TDs and senators were attempting to invoke Article 27 of the constitution which allows the President to decline to sign a bill into law until it is approved by referendum if he is petitioned by a third of the Dáil and a majority of the Seanad.

It would require 55 TDs and 30 senators to petition the President.

Even if the required numbers backed the move it would still fall to the President to decide whether to exercise the constitutional power to require a referendum.

On RTÉ's The Week in Politics Minister Hayes said he did not believe Article 27 of the constitution will be used to force a vote on the issue.

"I am aware of the article," he said. "I don't think it is going to happen. We've already had this debate. We've had the referendum.

"People have already rejected previous Governments' contentions that the X Case ruling should not apply."

He acknowledged that some people in the Fine Gael party continue to have issues in relation to the proposed legislation, but added that "very extensive dialogue" is ongoing.

Mr Hayes predicted the vast majority of his parliamentary party will back the legislation and that if there are defections, the numbers would be quite small.

Sinn Féin's Pearse Doherty ruled out any support from his party for such a move as it had a clear policy and mandate to support legislation for the X Case.

"Why would we support an attempt to frustrate that?" he asked. 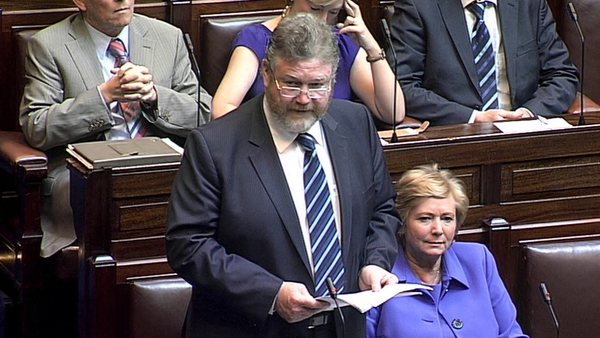 Dáil debate on Protection of Life during Pregnancy Bill 2013 begins