Minister for Agriculture Simon Coveney has said he has made progress on Common Agricultural Policy reform negotiations in Luxembourg.

Following talks last night with MEPs, there has been preliminary agreement on a new system of direct payments to farmers, with a further agreement on a plan to encourage younger people to remain in the farming sector.

Mr Coveney has spent the past 48 hours consulting with MEPs and member states on the possibility of a final agreement on CAP reform within the last week of the Irish presidency of the EU.

One of the key issues has been the single farm payment.

Under the original European Commission proposal, the system would change from a payment based on the historical production levels of a given farmer, to a more flat-rate system based on a payment per hectare.

The compromise tentatively agreed today means that all farmers, including those who have in the past earned less, will have their incomes raised to 60% of the average payment, or between €140 and €150 per hectare.

Those who have historically earned more will see their incomes fall by 12% on average.

There will be provision to set aside 2% of direct payments to encourage younger farmers to stay in the business, but that bonus will have to be found from the same pot, again reducing the payments to longer established farmers. 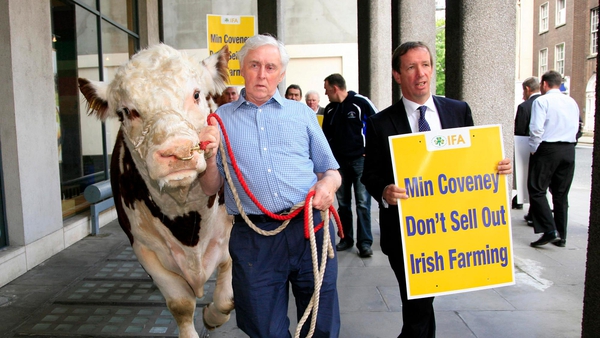