Talks in Luxembourg are continuing between EU member states and the European Commission on reform of the Common Agricultural Policy.

There are expected to be two days of talks before negotiations move to Brussels on Wednesday, at which point the Irish presidency of the EU, the commission and the European Parliament will try to sign off on a compromise deal.

Securing an over-arching deal on CAP reform is one of the key ambitions of the Irish presidency of the EU as it enters its last week.

Complex negotiations have been going on for the past 18 months, a key element of which is direct payments to farmers.

The Commission's original proposal would see single-farm payments being minimised through a flat-rate scheme.

That would mean a similar payment for farms per hectare no matter what those farmers produced.

The Irish Farmers' Association, however, has been lobbying hard to minimise cuts to all farmers, in particular medium-sized suckler farmers who have built up productive herds over the years.

IFA President John Bryan reiterated his warning to those negotiating not to break the link between single farm payments and productivity.

Mr Bryan said that under current CAP reform proposals, farmers who will lose out are twice as productive as those who will gain.

Speaking on RTÉ's Today with Myles Dungan, Mr Bryan said he had met Minister Simon Coveney, who is chairing the talks, to discuss the proposed reforms.

Mr Bryan said that Irish farmers have allies in Spain, Italy and Portugal, and they have been making some progress in negotiations.

He said: "The positive thing is that there is a group of countries, Spain, Portugal, Italy, Ireland and others that have a similar problem, that because we see a level or production that we want to protect, and we have vulnerable sectors, low income sectors that are very dependent on the single farm payment.

"The minister is quite aware of the Irish problem, he's very aware that he does not want to be the minister that undermines production and costs a lot of jobs in the Irish economy." 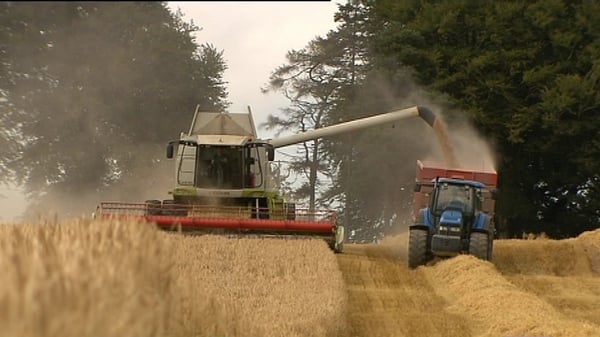