A spokesperson for the Irish Farmers' Association has said new Common Agricultural Policy reforms will hit the most productive farmers in Ireland the hardest.

EU agriculture ministers reached a draft agreement at a meeting in Brussels last night on how the CAP should be reformed.

Irish farmers were concerned about how Single Farm Payments would be distributed under the European Commission's demand for a flat rate payment per acre.

Under the new proposals, member states making the transition to a flat rate system would be granted flexibility.

The European Commission praised the Irish EU Presidency for securing agreement, but said that a number of elements remained unacceptable.

Speaking on RTÉ's Morning Ireland, Henry Burns, Chairman of the IFA's National Livestock Committee, said there was a long way to go before the deal was approved.

He said: "I suppose a more moderate proposal that will help some productive farmers survive is there, but remember we are looking at a decreased budget and there are huge transfers happening here with money away from farmers that are active.

"There's no huge win here. There's a long way for the minister to go to get this across the line."

Minister for Agriculture Simon Coveney described the deal as a watershed, but accepted that securing the backing of MEPs would be a challenge.

He said: "We need to move on quickly from here and build on the momentum of the last week, which has also seen the European Parliament finalise its position on the CAP reform package.

"I therefore urge all participants across all three institutions to maintain their focus and to redouble their efforts so that, together, we can bring the reform negotiations to a conclusion by the end of June.

"I'm glad to say that the alternative Irish model, if you want to call it that, for the redistribution of payments between farmers has been adopted in full, we haven't had to compromise at all.

Elsewhere, Fine Gael MEP Mairead McGuinness has said there is still much work to be done despite the draft agreement.

Ms Guinness, who will be involved in European Parliament talks on the CAP, said there was agreement between EU agriculture ministers that there needs to be a move away from historic-based payments.

But she warned that a final agreement for farmers may only come in the summer.

She said: "The headlines are saying winners and losers and the deal is done. The deal is half done.

"There is a huge debate to take place between the council and the parliament, and I'll be involved in those negotiations. But separately, when it's done, the real debate has to happen within countries." 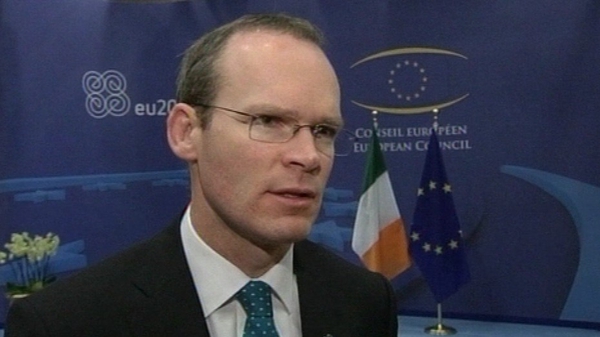