EU health ministers have agreed a ban on menthol cigarettes as part of a strategy aimed at preventing young people from becoming addicted to tobacco.

The decision was taken at a meeting in Luxembourg, which was chaired by Minister for Health James Reilly.

Mr Reilly said ministers had to ensure more people did not become enslaved by tobacco.

He said he believed it was as "an important step" as it would help stop "the next generation from ever getting hooked".

He thanked Mr Reilly for his "charm and acumen" over the Irish presidency of the EU.

Commissioner Borg said if everything worked out in a "clockwork fashion", the implementation of the directive would be within three-and-a-half years.

He said he looked forward to engaging with the European Parliament on the matter.

Last year, the European Commission published its proposed Tobacco Directive, which it said aimed to prevent young people from starting a smoking habit that kills 700,000 people every year in the EU.

The main strategy was to ban cigarettes, such as slims and menthols, which are deemed to be either attractive to young people or make it easier for them to start smoking.

However, proposals by the European Commission for a ban on slim cigarettes were not passed.

Countries such as Poland, Bulgaria, Romania, Slovakia and the Czech Republic had opposed the plan.

They argued that the move would make tens of thousands of tobacco producers unemployed and only boost the smuggling trade.

However, there was no opposition to increasing the size of the warning on the packets themselves.

The deal marks the culmination of six months of detailed negotiations under the Irish presidency of the European Council. 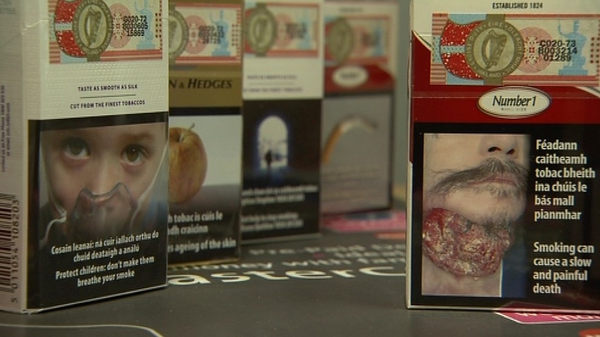