Preliminary Afghan peace talks in Qatar between the US and Taliban officials have yet to take place.

A source said no meeting had been scheduled and there was no date set for the talks.

Revived Afghan peace talks hit their first roadblock a day after they were announced.

Afghan President Hamid Karzai said his government would not join US talks with the Taliban and would halt negotiations with the US on a post-2014 troop pact.

The US and the Taliban announced that officials from both sides would meet in Doha this week.

It was viewed as a step forward after 12 years of bloody and costly war between US-led forces and the insurgents.

Officials of Mr Karzai's government were angered by the opening of a Taliban political office in Doha on Tuesday.

He said the US had violated assurances it would not give official status to the insurgents.

Mr Karzai's objections appeared to focus on the way the Taliban announced the office in Doha, which suggested the Islamic movement would use it as an official embassy or even a base for a government-in-exile.

When Taliban envoys appeared at the building on Tuesday, it was decorated with a banner referring to the Islamic Emirate of Afghanistan, the name the Taliban used during its 1996-2001 rule of the country.

Mr Karzai said the office's opening showed the US had failed to honour promises made to the Afghan state about its role.

US and Afghan officials said US Secretary of State John Kerry spoke with Mr Karzai twice in an effort to defuse the controversy.

"[Qatar] has had the sign with the incorrect name in front of the door taken down," she said. 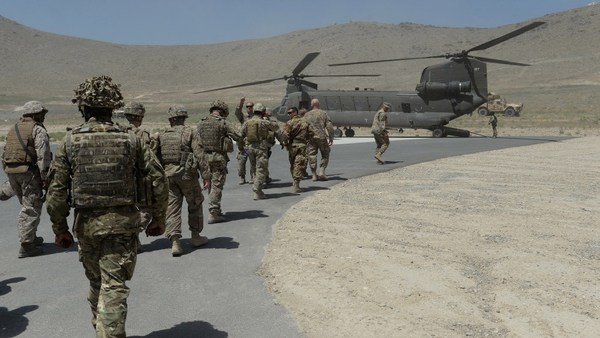 US talks with Taliban expected imminently