US talks with the Taliban are likely to be held within the "next few days" in Qatar, a senior US official said tonight.

The comments came after delays caused by tensions over the naming of a new Taliban office in the capital, Doha.

A senior US official told Reuters yesterday the talks would take place on Thursday.

He was angered by a banner on the front of the new offices referring to the Islamic Emirate of Afghanistan, the name the Taliban used during their rule.

Later, a statement from Mr Karzai's office said the banner had been taken down.

"As long as the peace process is not Afghan-led, the High Peace Council will not participate in the talks in Qatar," Mr Karzai said in a statement, referring to a body he set up in 2010 to seek a negotiated peace with the Taliban.

Underlining the importance of the process to the United States, the State Department said Secretary of State John Kerry would travel to Doha for meetings with senior Qatari officials on Friday and Saturday.

A US delegation had arrived in Qatar earlier for the Taliban negotiations, a diplomatic source said.

Fighting continued in the war-ravaged nation.

Four US soldiers were killed in a rocket attack on the heavily fortified Bagram base near Kabul late last night, international military officials said.

The Taliban's spokesman in Qatar today confirmed the insurgency movement would attend a meeting with US officials, but gave no time for the talks.

The spokesman, Mohammed Naeem, told Reuters by telephone that no Afghan government officials would be at that meeting.

Mr Karzai said the opening of the Taliban office in Qatar showed the United States had failed to honour promises made to the Afghan state about the role of that office.

An Afghan official said the office gave the Taliban "an official identity", to which the Kabul government objected.

"The US officials told us the office will be used to move peace talks forward, but not to give them an identity," the official said.

"The Taliban's flag and the banner of the Islamic Emirate was something we did not expect," the official said.

Senior Afghan officials said that the US had given Mr KArzai’s government written assurance that the Taliban office did not constitute US political recognition for the group. 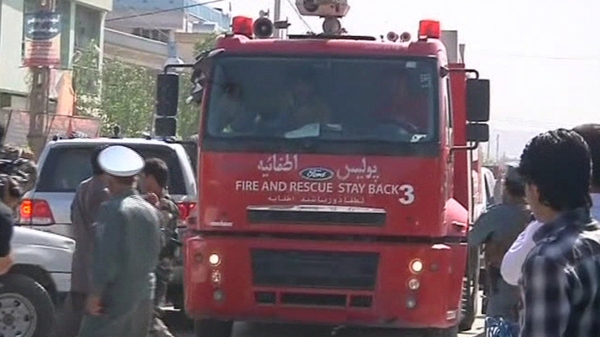