G8 leaders have said that world economic prospects remained weak even though risks have lessened due partly to policy action taken in the United States, the eurozone and Japan.

The G8 summit is taking place in Co Fermanagh with Syria and a clampdown on tax avoidance high on the agenda.

This evening, the European Union and the US launched talks on a new transatlantic free trade agreement that are due to begin in Washington next month.

European leaders and US President Barack Obama approved the talks at a meeting in Enniskillen ahead of the start of the summit.

The two-day event is being hosted by British Prime Minister David Cameron.

The G8 is made up of the leaders of the United States, Russia, Japan, Britain, Germany, France, Italy and Canada.

In a statement issued after their discussion on the global economy, the leaders also said Japan needed to address the challenge of defining a credible medium-term fiscal plan.

They added that fiscal policy should allow for near-term flexibility to accommodate various economic conditions.

"The pace of fiscal consolidation should be differentiated for our different national economic circumstances," they said.

As Ireland holds the EU presidency, Taoiseach Enda Kenny was also at the Lough Erne resort summit centre for a time this afternoon. 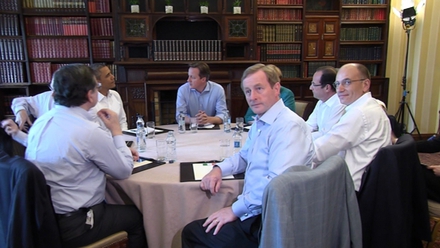 Speaking at a joint media conference, President of the European Council Herman Van Rompuy acknowledged there would be sensitivities on both sides but it showed the political will to work together on growth, jobs and prosperity.

President Obama said the trade and investment partnership was of economic and strategic importance and one that his administration would treat as a priority.

He is hoping to forge agreement on greater sharing of tax information to prevent companies and individuals avoiding paying their fair share by hiding cash in offshore bolt-holes.

The Taoiseach this evening said that Ireland's corporate tax rate "wasn't mentioned anywhere" in meetings at the G8 summit.

Speaking on RTÉ's Six One News, Mr Kenny said that the discussions tomorrow would focus on the broader issues of trade and tax collection.

Mr Kenny said that Ireland was very interested in these issues and it would play its part.

In relation to Ireland's corporation tax, Mr Kenny said that Ireland was the fourth country to sign up to the FATCA agreement on the sharing of information.

Mr Kenny reiterated that the Irish system is statute based and companies based in Ireland could only be taxed on the profits they make in Ireland.

Mr Cameron said leaders should draw inspiration from the host country's ability to resolve its own stubborn conflict.

The summit is taking place behind tight security, with 8,000 police on duty around the venue.

However, a sizeable group of protesters this evening breached the security cordon around the summit venue.

The breach happened a number of kilometres from the resort, where an organised demonstration was taking place. 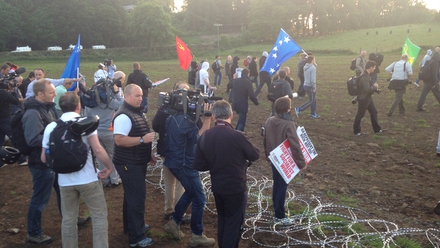 Police using loudspeakers warned protesters not to cross a hedge which the group had gathered behind.

The protesters eventually left the area.

Earlier, a flotilla of boats took part in an anti-fracking protest in Enniskillen.

The group of boats made its way to Portora Lough, just outside Enniskillen. 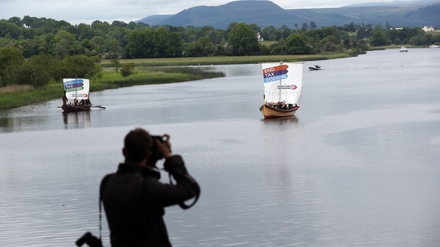 Lough Erne is closed from that point to beyond the resort where the G8 meeting is taking place.

Several police boats are patrolling the water. Signs have been erected to advise people that the waterway is closed. 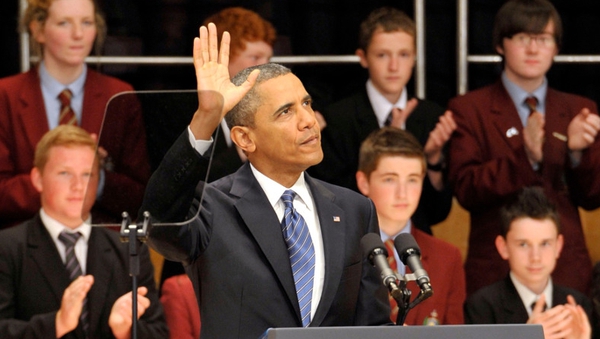