Praveen Halappanavar's solicitor has said there is a strong likelihood that his client will take legal action in an effort to ascertain exactly why his wife died.

Gerard O'Donnell said the HSE clinical review went some way towards answering that question but that a number of issues were still outstanding.

He said there is still no clarity on why there was no medical intervention on the Monday or Tuesday that Savita Halappanavar was in Galway University Hospital.

It is Mr Halappanavar's contention that his wife requested a termination of pregnancy on both days.

Mr O'Donnell said Mr Halappanavar was relieved that the report had come into the public domain, even though it contained information which was very difficult for him and his late wife's family.

Mr O'Donnell said his client was a very determined man and that his quest to find out why his wife died continues.

He also said the failure of the HSE to furnish Mr Halappanavar with the completed report prior to publication was disrespectful.

He said that in some ways it mirrored the systems breakdown that had typified the case throughout.

Mr Halappanavar's legal representatives are expected to meet with the Minister for Health in the coming weeks to discuss the findings of the clinical review. The doctor who led the review into the death of Mrs Halappanavar has said the review team believes legislative factors affected medical considerations in the case.

Professor Sabaratnam Arulkumaran said this resulted in a failure to offer all options to the patient.

Prof Arulkumaran said that if it was his case, he would have terminated the pregnancy.

He said it is possible she would still be alive today had her treatment been different.

The professor said the HSE has to invest in the education and training of staff to ensure they promptly recognise and respond to the signs of infection and clinical deterioration.

He said sepsis is difficult to diagnose in pregnancy so there needs to be efficient assessment and monitoring of the patient by the clinical team.

Mr Reilly said he had serious concerns about what the report revealed.

It will be referred to the Medical Council and the National Nursing and Midwifery Board of Ireland for consideration, he said.

The HSE and University Hospital Galway have apologised to the family of Mrs Halappanavar for the inadequacies identified in the standards of care provided to her during her pregnancy.

The Irish Nurses and Midwives Association has said its members would co-operate fully with all of the recommendations in the review.

The Abortion Rights Campaign said the report found that legislative factors interfered with medical considerations and that it considered it utterly appalling that staff had the job of saving a woman's life and health made more difficult by Irish law.

Clinical Director at University Hospital Galway Dr Patrick Nash said it is clear from the report that there were failures in the standard of care provided at the hospital.

Dr Nash said the recommendations in the review will result in changes and improvements that will minimise the risk of this ever happening in Ireland again.

He apologised to Mr Halappanavar for the events related to his wife's care at the hospital.

HSE National Director of Quality and Patient Safety Dr Philip Crowley publicly apologised to Mrs Halappanavar’s family and for the identified inadequacies in the standards of care.

Dr Crowley said the HSE will implement the recommendations of the report in full.

He said much work is under way to improve maternity services and believes this report will make a significant contribution to doing that. 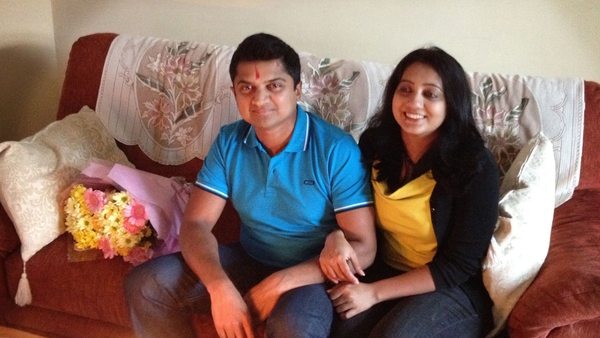