The Health Service Executive Clinical Review into the death of Savita Halappanavar has found there was "a lack of recognition of the gravity of the situation and the increasing risk to the life of the mother".

It says this led to "passive approaches and delays in aggressive treatment".

The review concludes this appears to have been either due to the way the law was interpreted in dealing with the case, or the lack of appreciation of the increasing risk to the mother and the earlier need for the delivery of the foetus.

The review says there was inadequate assessment and monitoring that would have enabled the clinical team to recognise and respond to the signs that the patient's condition was deteriorating due to infection.

Staff also failed to adhere to guidelines "for the prompt and effective management of sepsis, severe sepsis and septic shock when it was suspected or diagnosed".

The modified Obstetric Early Warning Score observation chart was not in use in some hospitals at the time of the incident for pregnant women on gynaecology wards.

Termination not offered or considered possible

When Mrs Halappanavar and her husband Praveen inquired about the possibility of having a termination of pregnancy, this was not offered or considered possible by the clinical team until the afternoon of 24 October, due to their assessment of the legal context in which their clinical professional judgement was to be exercised.

From the time of her admission, up to the morning of 24 October, the clinical management plan for the patient centred on the approach to "await events" and to monitor the foetal heart in case an accelerated delivery might be possible, once the foetal heart stopped.

The report says that awaiting events is clinically appropriate - provided it is not a risk to the mother or the foetus.

It concludes that proper monitoring and evaluation of the changing clinical presentation along with investigations would likely have lead to reconsideration of the need to expedite delivery.

Delaying adequate treatment, including expediting delivery in such situations, can be fatal.

The HSE report says that when Mr and Mrs Halappanavar requested a medically induced termination of pregnancy around 8.20am on Tuesday, 23 October the consultant obstetrician advised them of Irish law.

The couple had inquired about the possibility of using medication to induce miscarriage, as they said they did not want a protracted waiting time, when the outcome of miscarriage was inevitable.

During her interview with the HSE Clinical Review team, the consultant stated: "Under Irish law, if there is no evidence of risk to life of the mother, our hands are tied so long as there's a foetal heart'".

The consultant said that if the risk to the mother was to increase, a termination would have been possible, but that would be based on actual risk and not a theoretical risk of infection.

"We can't predict who is going to get an infection", she said.

The 108-page report provides a detailed chronology of events between Mrs Halappanavar's attendance on 21 October and her death.

It also deals with the aftermath of the incident, makes conclusions as to the key causal and contributory factors and makes recommendations.

It says that staff who cared for Mrs Halappanavar were also deeply saddened by her tragic and untimely death.

The report says this was the first direct maternal death to have occurred at the hospital in 16 years.

It notes that sepsis is difficult to diagnose in pregnancy, due to the associated natural physiological changes.

It says this calls for efficient assessment and monitoring of the patient by the clinical team to enable them to promptly recognise and respond to the signs of infection and clinical deterioration.

The report says that hospital guidance assumes that there would be four-hour monitoring of patient observations for patients with premature rupture of membranes.

In the case of Mrs Halappanavar, the monitoring was less frequent.

Professor Sabaratnam Arulkumaran said the issue "is not one single mistake but a series of problems which we have identified and put in a number of recommendations so that such an incident does not happen again in any other hospital or to any other woman".

He said: "The white cell count was elevated [when examined] on admission and this was not repeated, and when the membranes rupture it has to be done every four hours, it was not done, and even when the pulse rate went beyond 100, they should have checked it more frequently and ordered some blood tests to find out whether it's infection, and none of this was carried out." 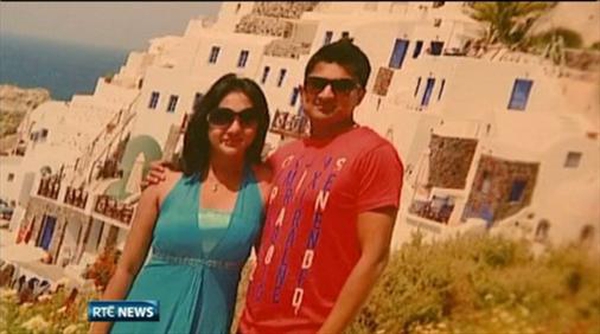